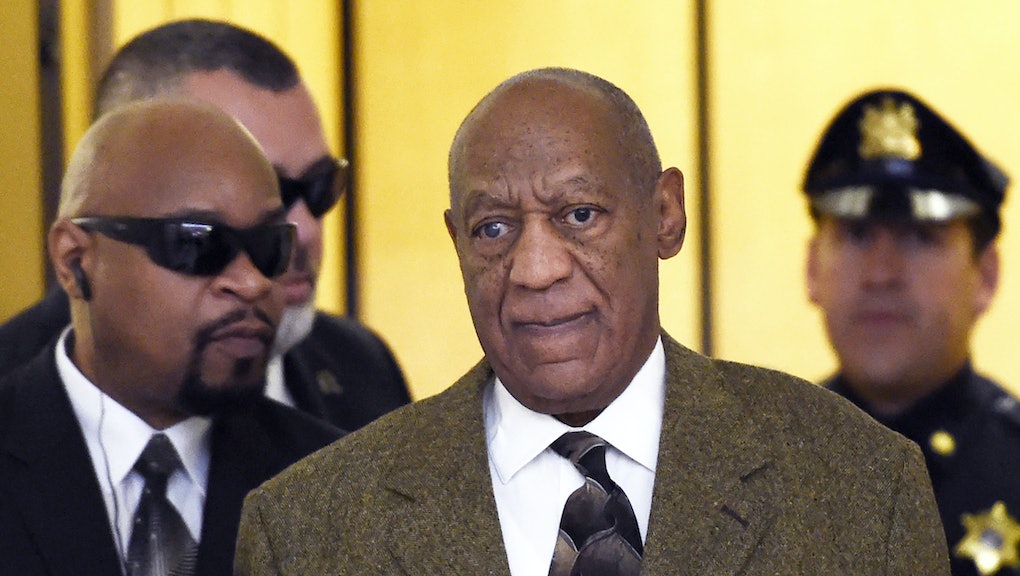 Bill Cosby will be a part of the Smithsonian's new exhibit, but the institution has no plans to shower the comedian with glory.

The Smithsonian is launching an exhibit called "Taking the Stage" in the fall. It is set to explore black Americans' roles in film, television and culture. In light of Cosby being accused of sexual assault by dozens of women, the former Cosby Show star and creator's depiction will be an unbiased, critical look at not just his impact, but also his self-tarnished legacy.

"This is not an exhibition that 'honors or celebrates' Bill Cosby but one that acknowledges his role, among many others, in American entertainment," Smithsonian director Lonnie Bunch told the Wrap. "Some people feel that the Smithsonian should eliminate all mention of Bill Cosby as a result of recent revelations. We understand but respectfully disagree."

Instead, Bunch said, "Taking the Stage" will present "the unvarnished truth" about Cosby. "Like all of history, our interpretation of Bill Cosby is a work in progress," she said. "Visitors will leave the exhibition knowing more about Mr. Cosby's impact on American entertainment, while recognizing that his legacy has been severely damaged by the recent accusations."

Previous fans of Cosby's — as well as new critics as more allegations have come to light — have grappled with how to treat Cosby's role in American pop culture. The Carmichael Show even devoted an episode to the case, meditating on what to feel about a fallen idol.

"Taking the Stage," which opens at the Smithsonian on Sept. 24, should help visitors figure that out.