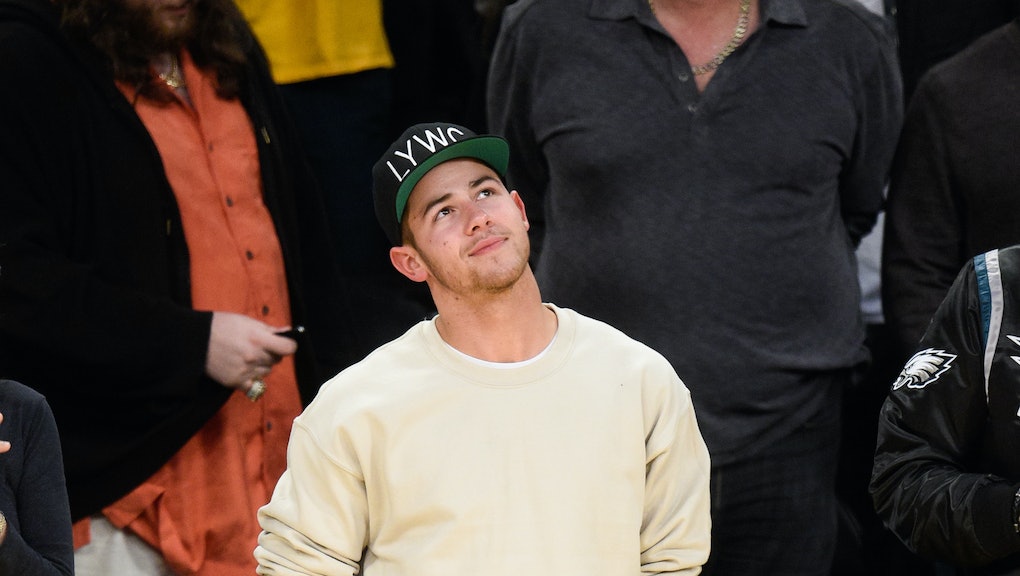 Nick Jonas Opens Up About Sex: "It Shouldn't Be Taboo"

When he was part of his family band of Jonas Brothers, Nick Jonas was infamous for wearing a purity ring. The brothers made the rings a big part of their wholesome image, thus making it all the more ostentatious when they stopped wearing them.

Kevin and Joe Jonas handled the transition in their own ways — marriage and confessional essay, respectively, while Nick has addressed shedding his virginity previously. Yet the rings remain a point of public interest, as evidenced when Nick was asked about them Thursday during a Reddit AMA.

User WakaFlakkaSeagulls, an admitted Nick Jonas non-fan, asked how legitimate the purity rings really were. "Was the whole purity ring thing a part of your marketing to families and young kids? Or were you seriously about abstaining from gettin' down and it was just publicized to give you guys a cleaner image?" the user asked.

Instead of evading or playing it off, Nick got real:

I came from an incredibly religious home. Growing up, my dad was a pastor, and much like the first family or people in front of the public eye, we were highly scrutinized as a family within the church and looked at as, well, I guess you would call an example of what that family image should be. So long before our career started in music, that was what we were dealing with.

There was a person in the church who at one point demanded that all the kids in the youth group put these purity rings on and make this commitment, so without a full understanding of what we were stepping into, we all made this commitment.

But as you do, you grow up, you live life, you gain some world perspective and you develop your own views and opinions as it relates to faith, as it relates to sex and everything that falls under the bounds of what your parents teach you and what comes from religion and you get to make your own choices.

Nick's choice, he said, was to have sex with someone he fell in love with. After that, the focus shifted in celebrity news from his vow of chastity to who he was sexually engaged with.

Though he's now comfortable with his own sexuality, Nick said it "very tough" to have the purity ring be part of his public identity. But he doesn't regret it — instead, he emphasized the importance of actually talking about sex.

"I think everyone should have a good and solid conversation with either their parents or loved ones about sex and about what they want to do with their life, because it shouldn't be taboo," he said. "It's a big part of who we are and what makes us human, and if we can't address these things head on, then I think that it can really be challenging."