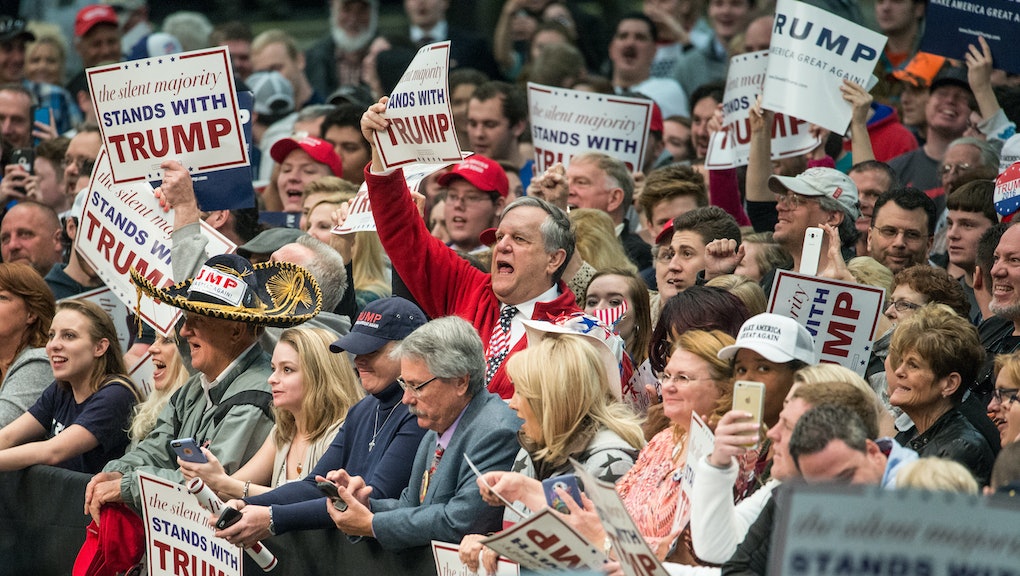 "Things done changed," said the Notorious B.I.G., and indeed, he spoke the truth: In the last 50 years, the U.S. has seen both dramatic growth in its Hispanic and Asian populations, and the implementation of the 1964 Civil Rights and 1965 Voting Rights Acts, which vastly expanded civil rights to include non-whites.

But one group still feels left behind by the progress train: According to the Pew Research Center, 54% of white voters think life is worse for "people like them" today than it was 50 years ago. This despite that whites still surpass blacks and Hispanics by almost every achievement metric, including income, employment and wealth.

Go figure. Pew did not go into detail as to why so many whites felt this way, but it did highlight a few details: First, that voters with higher education levels were more likely to say things had improved for them, and second, that blacks and Hispanics both overwhelmingly stated life had gotten better (though Hispanics were more likely to respond in the negative).

Asians in the U.S. currently outpace whites in terms of educational attainment, employment and income rates.

Asians and Native Americans were, tellingly, not surveyed, which seems significant especially in the former case: In addition to seeing the steepest population growth of any group in recent years, Asians in the U.S. now outpace whites in terms of educational attainment, employment and income rates.

But what does it all mean? One might draw conclusions from the anger conservative whites have expressed toward American society today, symbolized by the movement bolstering Donald Trump, and united by the slogan, "make America great again," which hearkens to an era when white dominance went largely unchallenged.

One could also argue the wording is vague: "People like you" is a broad term, and may prompt different responses depending on how one most strongly self-identifies — whether that's in terms of race, class, sexual orientation or any other metric.

Either way, the disproportionate rate of disaffection among whites speaks to a rapidly changing country, one where a range of factors, from racial tension to income inequality and the death of the American Dream, have given people a relatively bleak outlook on our current state of affairs.

Maybe we should all move to Canada and leave our American problems behind. Oh, wait.