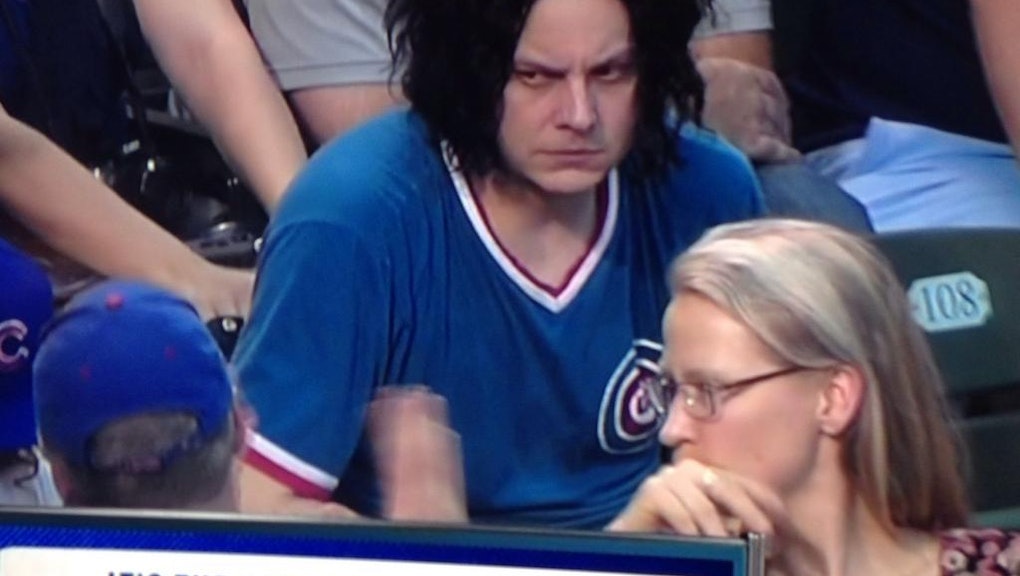 Is A "Man Period" a Real Thing? "Irritable Male Syndrome" Might Not Just Be a Sexist Joke

Menstruation. It's a natural monthly process, albeit an uncomfortable one; premenstrual syndrome, or PMS, usually presages the dreaded "time of the month." According to the Mayo Clinic, symptoms can range from "mood swings, tender breasts, food cravings, fatigue, irritability and depression," or even all of the above.

However, PMS symptoms apparently aren't limited to those with ovaries; males can be just as susceptible to a monthly "man period" that's dubbed men-struation irritable male syndrome, or IMT.

According to Jed Diamond, psychotherapist and author of The Irritable Man Syndrome and Surviving Male Menopause, men can be afflicted by a hormonal cycle similar to the menstrual cycle of women — but obviously without all the bleeding. Diamond defined IMT as a "state of hypersensitivity, anxiety, frustration and anger," postulating that IMT can occur at any point in life, but is usually triggered by the stress typified by puberty and midlife.

Furthermore, Diamond elaborates on how lesser symptoms can spiral into deeper issues, where the IMT-afflicted implicates their significant other. "We can have an almost irrational need to break away and be free," Diamond wrote. "[And] we often see our partners as the ones who are holding us back."

Before you get too skeptical, there have been studies on this hormonal phenomenon. In 2004, Aimee Aubeeluck, a psychobiologist from the University of Derby, presented her study on "Periodic Male Tension" at the British Psychological Society conference. "To be honest, we still haven't managed to come up with an explanation for what causes it," Aubeeluck told the Guardian.

"But there has been previous research that suggests we all have natural internal biorhythms, and the male symptoms could somehow be caused by that. It could be that we all have these cyclical changes in our moods, and that it is completely coincidental that women also menstruate cyclically. Because men don't have periods, they simply dismissed those cyclical symptoms as being caused by other outside factors."

IMT can also be attributed to a drop in testosterone; speaking to Cosmopolitan, physician Yael "Dr. V" Varnado said that fluctuating testosterone levels, throughout the day or stemming from a range of factors like stress or diet, can contribute to "male PMS." Furthermore, Varnado says male moodiness can sometimes be attributed to "sympathy" for those afflicted with menstruation symptoms.

Speaking to the Daily Beast, Diamond reiterated that "[men] have our time of the month," and the only difference between PMS and IMT is the specific biologically specific symptoms like tender breasts.

"The problem is that it just hasn't been looked for, studied and taken seriously," Diamond said, pointing a finger at the medical community, as well as the general public.

Finally, Diamond notes that heterosexual couples between a man and a woman, as well as same-sex couples between men, needn't be concerned about their hormonal cycles syncing and/or amplifying each other to cause some form of super-tension for both parties.