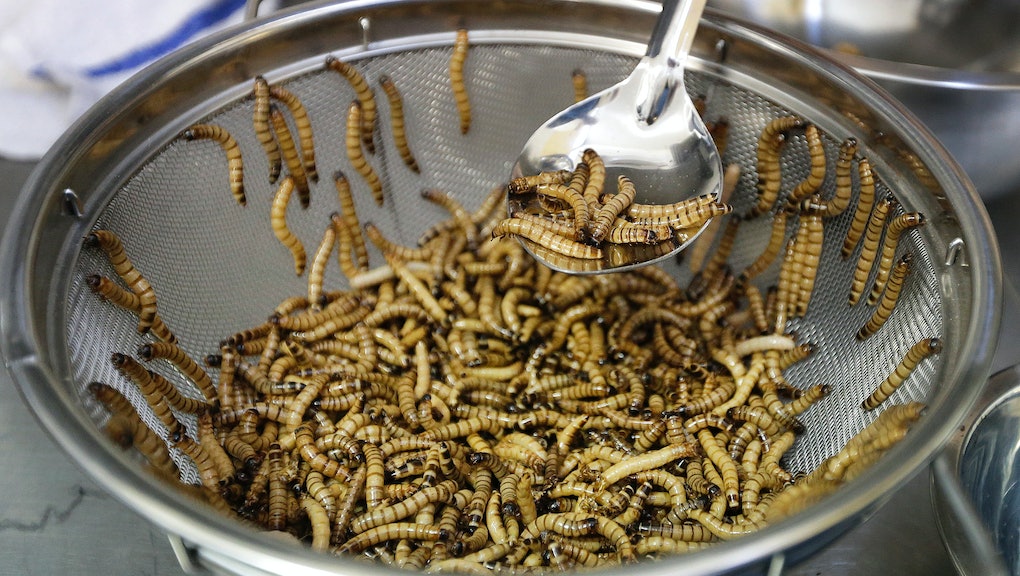 4 Edible Insects That Are Delicacies Around the World

In most cases, seeing a bug on your plate at a restaurant will prompt a return of the plate, a refund and a one-star review of the establishment. Yes, there's nothing wrong with that — your carbonara would be much better without the ants — but there are cultures around the world where eating insects isn't frowned upon. Rather, it's a delicacy.

And there are a lot of options to go through —  1,900 documented insect species are deemed edible. They might not be a staple in most American diets, but there are some nutritional properties that could make at least some bugs enticing enough to try.

Read more: People Are Eating Crickets for Protein, and Here's Why You Should Too

Spiders: A daytime snack in the U.S. might consist of a bag of chips or a banana, but in Cambodia, fried spiders are a popular treat. OK, so an arachnophobe might have some trouble literally eating their fears, but for the adventurous eater, a spider is a healthy snack full of protein and zinc. And as one traveler noted, it tastes familiar to — of all things — soft-shell crabs.

"As I tore off a second leg, I noticed a flaky whitish meat inside," Jenny Miller wrote for Food Republic. "As a few people had mentioned, this really looked and tasted remarkably like soft-shell crab, so much so that I had to wonder, with a mild horror, if the creatures were in fact cousins."

Ants: Damn Cambodia, back at it again with the edible insects. Similar to fried spiders, red tree ants are popular. However, unlike spiders, they serve as a garnish to a meal, rather than the primary focus. Ants are typically served atop beef and holy basil, and would make for a good introductory meal in the country if fried spiders are too daring of a step.

Plus, it's better than encountering them alive and in the wild, as this poor millipede found out.

Scorpions: Scorpions are prepared fried in countries like China and Thailand, following a similar process to fried spiders. Scorpions are a crunchy, oily snack that serve more as street food than the center of an actual meal. According to vendors in Beijing, frying them up actually neutralizes the poison in them. But, how's the taste?

"I crunched down on one of the little tails, which disintegrated into a kind of crunchy chaff," Paul Marshman wrote for the Travelling Boomer. "The body came next, not much more substantial. They didn't taste bad — in fact, they didn't taste like much at all, just a kind of toasty flavor, with a slick of oil on top. In a few minutes, they were gone, save for a few crunchy bits that weren't going down."

Mealworms: You've heard of veggie burgers, but what about mealworm burgers? That's one way to ingest the insect that's growing in popularity as a staple. Mealworms are high in protein and are seriously being considered as a sustainable alternative to the likes of chicken, beef and pork (sorry, bacon lovers). As for how they taste, it depends on how they're cooked, but California Academy of Sciences entomologist Brian Fisher told LiveScience, mealworms are a bit "nutty-flavored." Fisher continued, "People love them if they're cooked right."