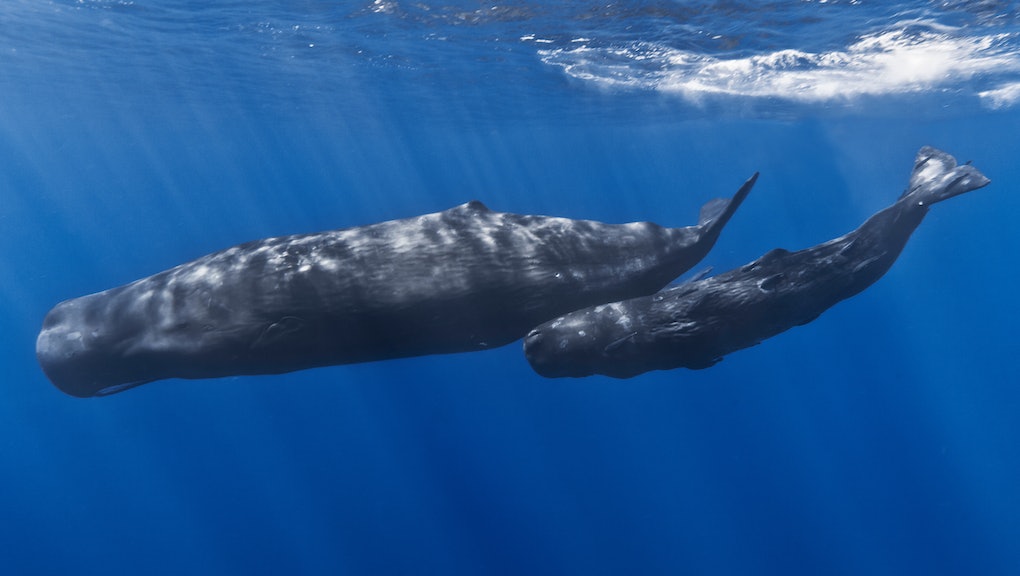 The title for loudest animal on Earth is typically awarded to the blue whale, according to BBC. Though blue whales still hold the title for largest animal, the 188 decibels of their calls have been trumped by another aquatic mammal: the sperm whale, which can emit a click that soars to 230 decibels.

For comparison, the Centers for Disease Control and Prevention notes that a rocket launch measures up to 180 decibels, and that prolonged exposure to decibels above 85 can result in hearing loss.

With that said, the intensity of a decibel is contingent on how we perceive the sound, relative to its frequency measured in hertz. "Humans can hear a wide range of frequencies... From a blue whale's low-pitched songs to a rat's high pitched distress calls," Davies wrote. "But we do not hear all these sounds equally. Instead, our hearing threshold is different for sounds of different frequencies."

Magnus Wahlberg, a biologist from the University of Southern Denmark, said that "blue whales call at 20 hertz and sperm whales at around [10,000] hertz." On the other hand, Wahlberg said "For us to hear blue whale calls, they must be made at an intensity of 70 decibels or more. But for sperm whale clicks, the human hearing threshold is around 15 decibels."

Furthermore, perception of a sound's intensity is correlated with its duration. "A sperm whale's click is almost over before it starts ... [lasting] only 100 microseconds," Davies said. "Blue whale calls last from 10 to 30 seconds."

Perception is also contingent on distance and where you're perceiving it from; James Windmill, a bio-acoustics expert from the University of Strathclyde, told Davies that "water is denser than air, so sound travels through it differently — the speed of sound is different."

Still, from a decibel standpoint, sperm whales are the "loudest." Sorry, blue whale. Dory will cheer you up!