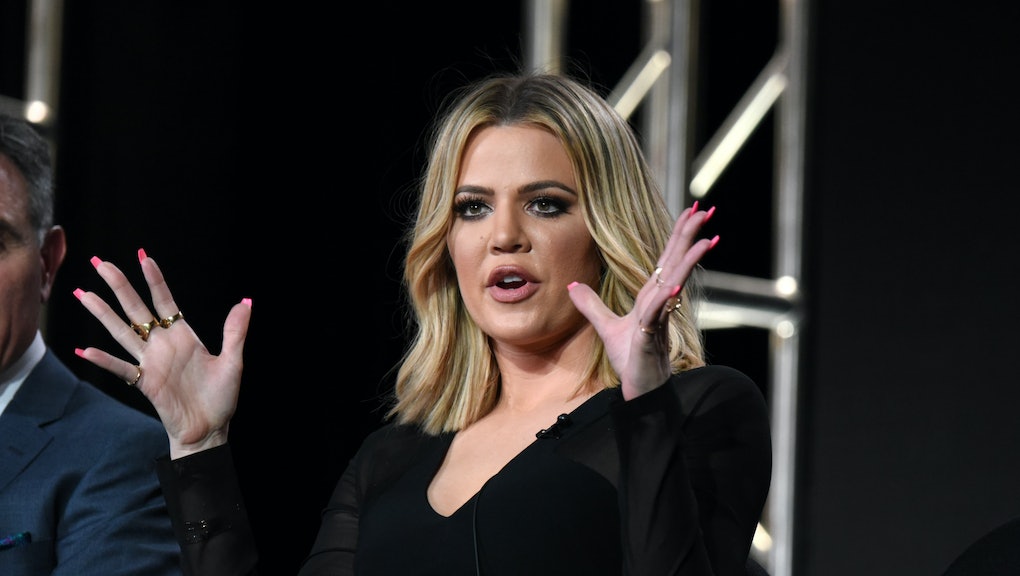 Reality star Khloe Kardashian is very into Lena Dunham, and she wants the world to know. On Friday, Khloe Instagrammed a photo of Lena Dunham and wrote, "Damn Gina!!!! The obsession is real when it comes to @lenadunham!!! (If I wrote out all of my obsessions I think you guys would be worried for Lena's safety LOL) Not only are you hysterical but you inspire me daily!!! I love how supportive and empowering you are my dear!!!"

Read: Khloé Kardashian Just Boldly Spoke Out About Losing Weight in Her Vulva

Lena Dunham is the latest celeb to be featured in Khloe's "Damn Gina" series. Past recipients of this definitely-real honor include Beyoncé and Demi Lovato. In a post on her website called "4 Ways Lena Dunham Is Pretty Much My Soul Sister," Khloe cheered their shared love of body positivity, strong female friendships and being super quotable.

Lena Dunham, for her part, seemed thrilled to be the latest "Damn Gina" gal and Instagrammed the "Khlotations style meme" that Khloe made for her, featuring an inspiring Lena quote. "Deeply honored to be @khloekardashian's Damn, Gina on her app today." Lena wrote on Instagram. "I don't remember saying this (which means I definitely DID) but it's very true 4lyfe."

This friendship is clearly one for the ages (and it's always fun for us normos when celebs seem to genuinely be each other's fans), so keep on rocking, Lena and Khloe! Maybe you'll guest star on each others' shows someday.