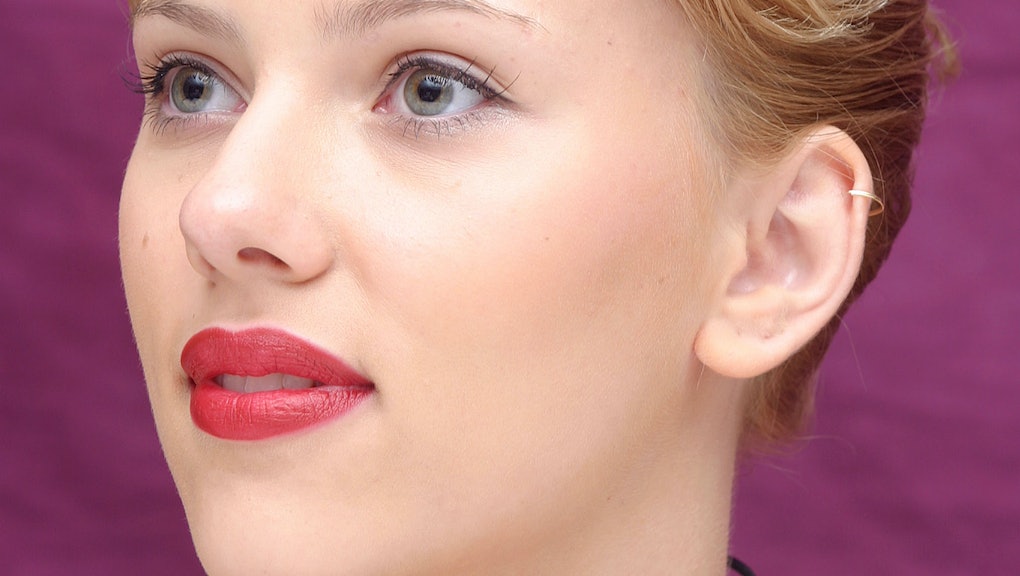 Imagine a future in which men create robots that look exactly like Hollywood actresses, put them in crop tops and then tell them they're beautiful until they giggle back.

Surprise: It's not the future at all. It's right $%^ing now.

Hong Kong product designer Ricky Ma spent more than $50,000 to create a robot prototype called Mark 1, Reuters reports. It's inspired by a Hollywood star "whose name he wants to keep under wraps." But we all have eyeballs, and this sexy android is clearly modeled after Scarlett Johansson.

Johansson — er, Mark 1 — responds to programmed verbal commands. When told it is beautiful, it will smile and say, "Hehe, thank you."

Ma created Mark 1 using silicone skin to disguise the 3-D printed skeleton and mechanical and electronic parts beneath the surface.

Ma "hopes an investor will buy his prototype," Reuters reports, so he can get the funds to build more robots that resemble famous actresses in order to help other "enthusiasts" contribute to the future fembot army.

This raises an ethical question: Is it OK to design a robot in someone else's exact likeness without his or her consent? One can imagine that ScarJo — or whoever this mysterious actress could be! — wouldn't be totally onboard with this: