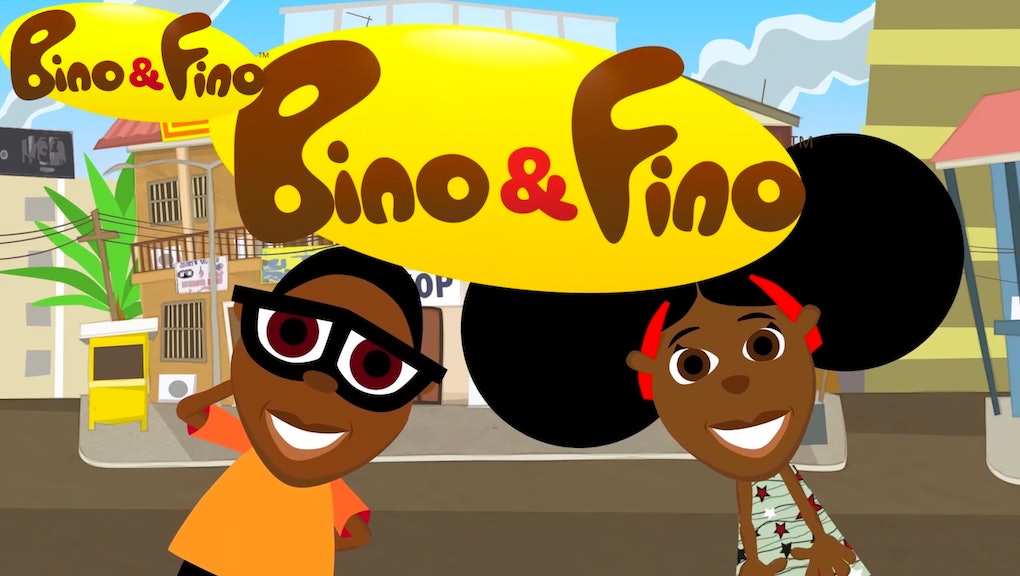 With the conversation about the overwhelming whiteness of media dominating headlines of late (the controversy surrounding the 2016 Oscars, for example), it's time to spread the convo to another form of media that needs more just representation: children's programming. Though American media has a long way to go toward bridging that divide, other countries are fighting for more black faces in children's television — such as Brazil.

When Nigerian animator Adamu Waziri came up with the concept of Bino & Fino, he wanted to create a children's show that could speak to Brazil's large population of black children, the Huffington Post reported.

"Basically, the world's largest black nation doesn't produce any cartoon shows for its children that reflected any of its culture or population," Waziri told Huffington Post. "That sounded crazy to me."

Bino & Fino stars a brother and sister who live in Africa and teach viewers about its history. Right now, children in Africa can enjoy the program. However, thanks to a new Indiegogo campaign, black children in Brazil — which has the largest population of African descent outside of Africa — may soon be able to learn their African history from the eponymous brother and sister as well.

Waziri spoke to Huffington Post about the genesis of the fundraising campaign:

"It was English-speaking Brazilian fans of the show that made us fast-track our plans to create a Brazilian Portuguese-dubbed version," Waziri said to the news outlet. "They kept asking us if and when we would do a Portuguese version for them. That prompted us to look into the children's media landscape in Brazil."

In a video accompanying the fundraising campaign, various people speak about the importance of a show like Bino & Fino to Brazilian children.

"As a black woman, I grew up in a Brazil where nobody taught me about Africa, the history of my ancestors," Noemia Colonna, a journalist, says in the video. "Consequently, even now at the 21st century, my son ... [hasn't] got any educational or pedagogic material to find out the culture of his ancestors."

She continued, "If I knew Bino & Fino before, it would facilitate a lot [of] my job as mom on helping my son and myself to find our roots, our stories." Colonna believes these two characters will revolutionize the way black children in Brazil understand their African heritage.

"[U]nfortunately, in our Brazilian culture, on our TV, we don't have many examples of afro heritage kids, African or black children," Polliany Rodrigues, an educator, says in the video. "And so the Bino & Fino show is not only cute and represents children, it's also educational."

Racism against Brazil's black population is still a national problem. In a documentary for the Guardian about the black Brazilian beauty queen who lost the title of "Globeleza" because of her skin color, one actress, Nuesa Borges said:

Waziri hopes this cartoon will combat that sentiment.

"Right now, across the black African diaspora and on the African continent, there are few cartoon shows that specifically showcase; teach about; and positively, genuinely portray Africa in any way," Waziri said to the Huffington Post. "This means that, during their formative years, children are not getting good educational and entertaining content that reflects them and their heritage. Most of what they get is Europe, Asia or America-centric. This is a problem because the balance is too one-sided."