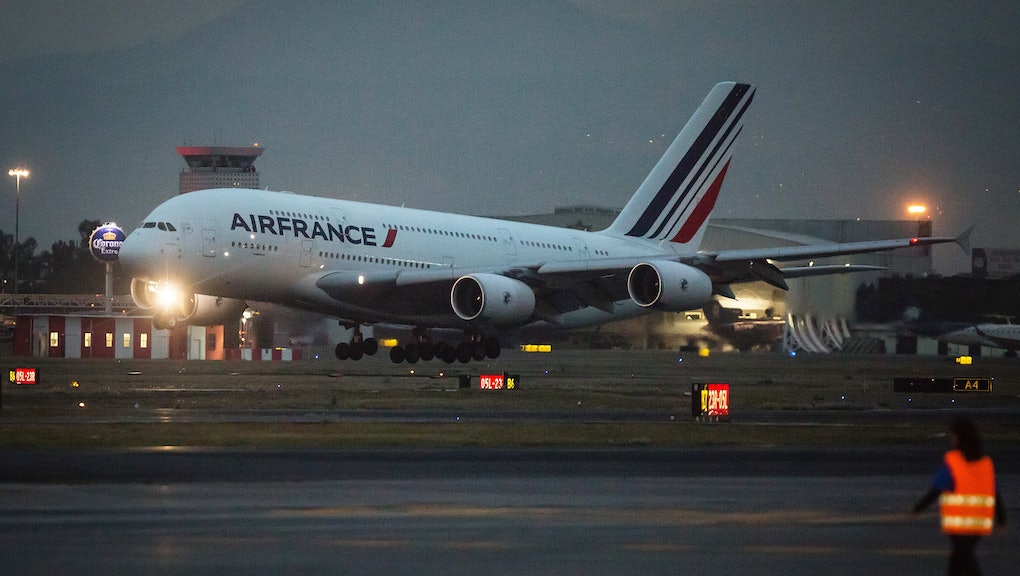 With the Iran nuclear deal completed, Air France is set to resume flights between the French and Iranian capitals this month. But the restoration of service between Paris and Tehran comes with an uncomfortable caveat for the airline's female flight attendants: the obligation to wear headscarves and loose-fitting clothing upon landing in Iran. As the Telegraph reported Saturday, the order may mean fewer women on flight crews bound for Tehran.

"It is not our role to pass judgement on the wearing of headscarves or veils in Iran," the head of the Union des Navigants de l'Aviation Civile (UNAC), Flore Arrighi, said. "What we are denouncing is that it is being made compulsory. Stewardesses must be given the right to refuse these flights."

Read more: A Woman Was Threatened With Handcuffs After She Refused to Remove Her Hijab in a Library

The requirement to cover one's hair rankles French women. The country's burqa ban went into effect in 2011, and while it is not illegal to wear a hijab in public, state institutions forbid them — government offices and schools — in keeping with France's insistence on the separation of church and state. Religious insignia of any kind are prohibited in these spheres.

Air France, of course, is not a government institution — employees should be able to cover their hair if they so choose, and vice versa. Thus the unions are asking that women who would prefer not to don a headscarf be allowed to opt out of these flights, without having to worry about the decision taking a toll on their careers. As Union Nationale des Syndicats Automnes president Françoise Redolfi told the Telegraph, many of them view the obligation "as an insult to their dignity" and unprofessional.

Paris-Tehran flights have been suspended since 2008 and will resume on April 17, with flights running between the capitols three times per week. The headscarf rule was in place before flight service was cut, Mashable reported, because Iranian law dictates that women must wear a hijab or pay a fee. Air France would prefer to comply with that national rule. "Tolerance and respect for the customs of the countries we serve are part of the values of our company," a spokesperson told the Telegraph.

Female flight attendants are typically allowed to pick between a skirt or pants, but Tehran flights require a long jacket and trousers, plus a headscarf. And while they aren't refusing to cover their hair while off duty in Iran, the addition of the scarf to their uniforms does not sit well.