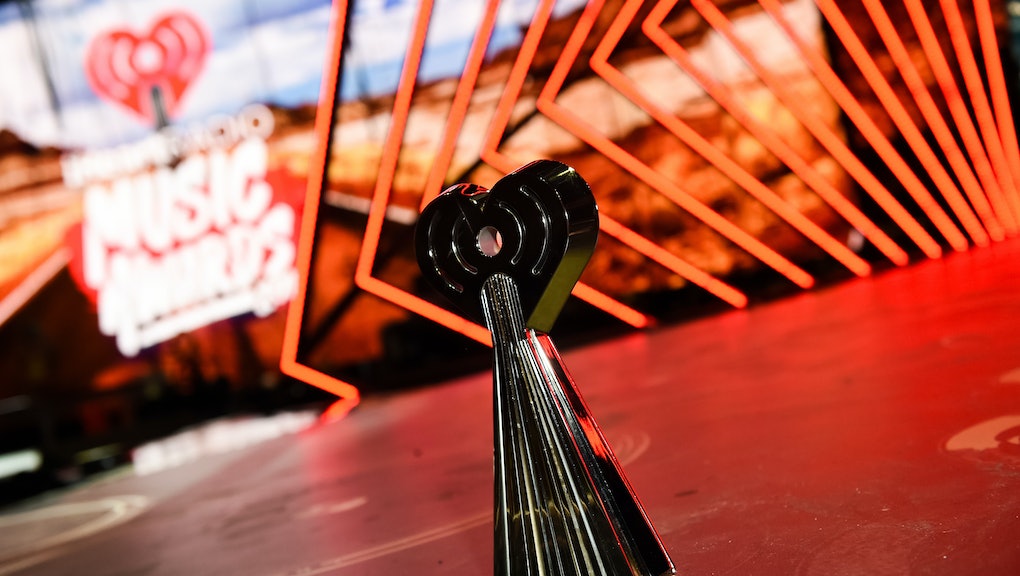 The iHeartRadio Music Awards are here, and are shaping up to be the most entertaining installment of the awards show yet. The music awards, hosted by pop singer Jason Derulo, will air live from The Forum in Inglewood, California on Sunday, April 3 beginning at 8 p.m. Eastern. The 3rd annual show will air on the TBS, TNT and truTV networks for roughly three hours. Fans can keep up with all the action using the hashtag #IHeartAwards on social media.

Before the awards show, fans can tune into Live From the Red Carpet: The 2016 iHeartRadio Music Awards at 7 p.m. Eastern on E! for behind-the-scenes coverage. The awards show will be available for livestreaming on the iHeartRadio app.

The award show has a plethora of performers lined up, including Iggy Azalea, DNCE, Demi Lovato, Zayn Malik, Justin Bieber, Meghan Trainor, G-Eazy, Chris Brown, and Fetty Wap. Award-winning artist Pitbull and Maroon 5 will also be adding their performances to the list.

Taylor Swift, who will accept the "best tour" award at the iHeartRadio Music Awards, leads all artists with nominations in seven categories. "With all of her squad guest appearances and performers, the "1989 Tour" seriously deserves an award, and we are happy we're giving T-Swizzle the honor," the iHeartRadio website reads, offering fans valid reasons as to why they should tune into the awards ceremony. "Who else can get Lisa Kudrow to come on stage and perform "Smelly Cat" with them?!"

The Weeknd, who will be performing during the awards show from Canada, is nominated for six awards.