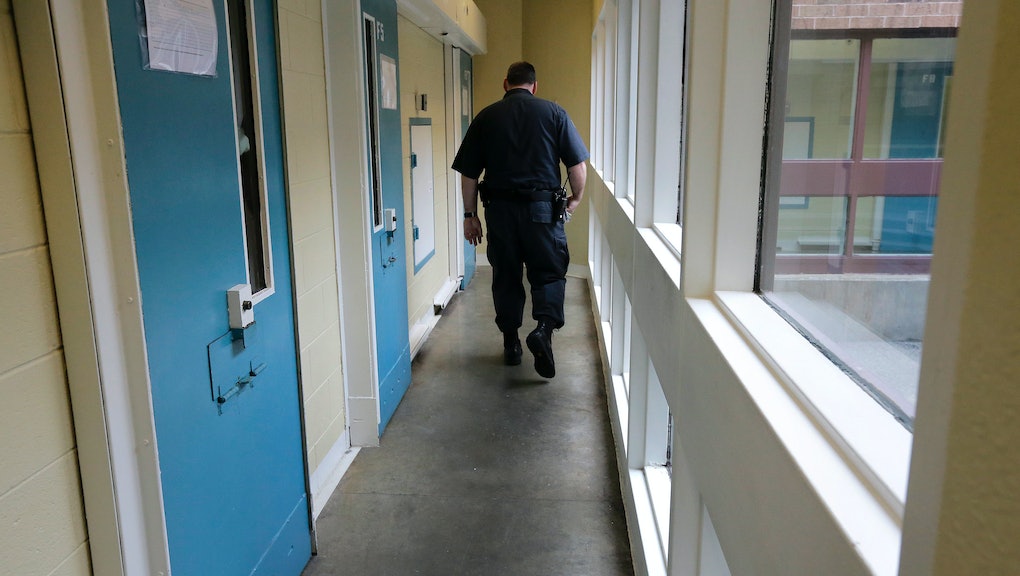 In the state of Louisiana, considered the world's prison capital in 2012, a man is facing a sentence of 20 years to life in prison after he allegedly "stuffed $31 worth of candy bars into his pockets at a Dollar General store" in December, according to the New Orleans Advocate.

Read more: The Captured Project Is Challenging the System and Giving Prisoners a Voice

"Isn't this a little over the top?" Judge Franz Zibilich said when presented Grimes' unusual case, according to the Advocate. "It's not even funny. Twenty years to life for a Snickers bar, or two or three or four."

Grimes' case speaks to a large problem: the prison-industrial complex. This term is used to define "a massive multi-billion dollar industry that promotes the exponential expansion of prisons, jails, immigrant detention centers, and juvenile detention centers," Communities Against Rape and Abuse states. Millions of minorities are arrested for minor crimes, and then are trapped within a criminal justice system that profits from their sentences.

"The hidden engine behind the state's well-oiled prison machine is cold, hard cash," the Times-Picayune reported in 2012. "A majority of Louisiana inmates are housed in for-profit facilities, which must be supplied with a constant influx of human beings or a $182 million industry will go bankrupt."

While the potential sentence may seem extreme, Grimes' attorney, Michael Kennedy, understands the district attorney is simply following the law.

"It's unconscionably excessive to threaten someone with 20 years to life for candy," Kennedy told the Advocate. "The DA is following the law as it's written. The DA certainly had a choice. I may not agree with the choice they made, but they didn't do anything improper."