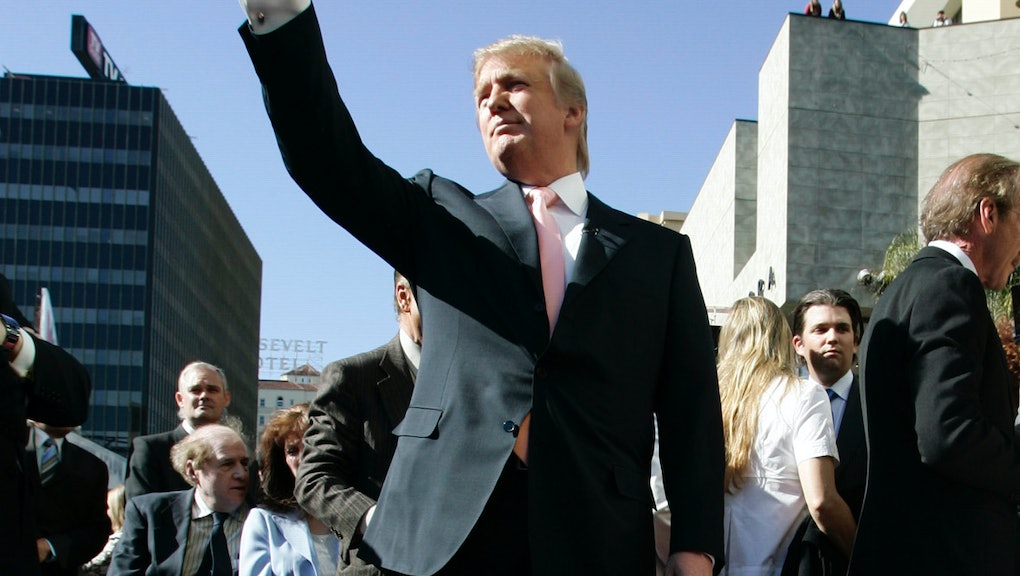 Republican presidential frontrunner Donald Trump is known for inspiring a constant stream of protest wherever he goes. Now, it seems anything just bearing the real estate magnate's name does so at considerable risk. Case in point: his star on the Hollywood Walk of Fame.

As his campaign for president heated up, Trump's star on Hollywood Boulevard has faced a torrent of vandalism from trolls eager to stick it to the possible GOP nominee any way they can.

Some online pundits were unsure whether this reverse Swastika covering the candidate's name was drawn by his fans or detractors.

This service dog took trolling to a place where its human master could (likely) not follow.

There have even been rumors that should the vandalism continue, the star could face removal, something that has not happened in the history of the Hollywood Walk of Fame. Insiders suggested that Trump would likely stay put.

"The answer is no," Leron Gubler, president and CEO of the Hollywood Chamber of Commerce told the Los Angeles Times in a statement last year. "Once a star has been added to the Walk, it is considered a part of the historic fabric of the Hollywood Walk of Fame. Because of this, we have never removed a star from the Walk."

Trump got his star in 2007 when, as host of The Apprentice, he was at something of a Hollywood highpoint. Trump has cut commercials for Pizza Hut and McDonald's, and made cameos in Home Alone 2: Lost in New York, The Little Rascals and Zoolander.

But it's his latest role as presidential candidate that some would deem his most theatrical yet.