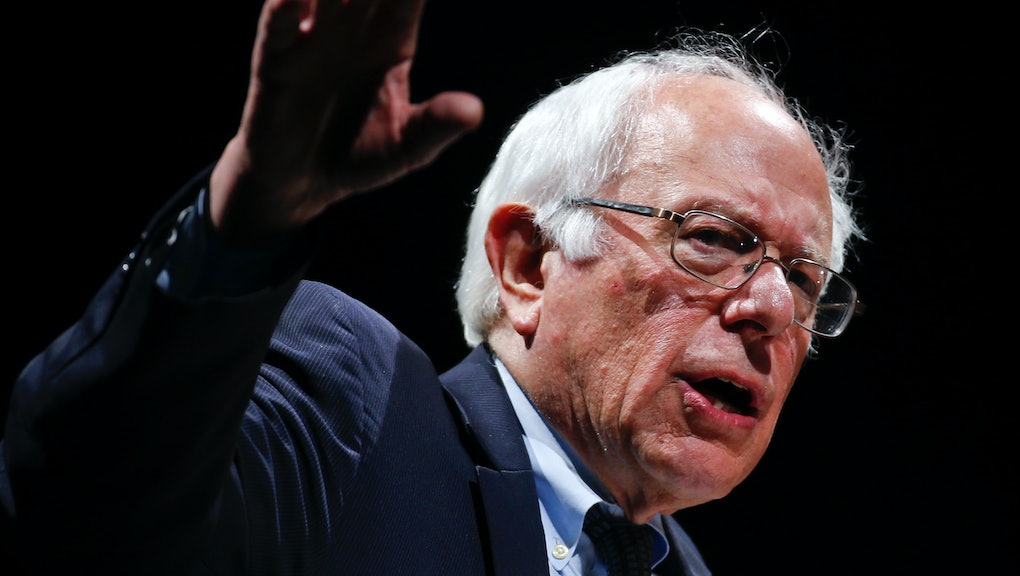 Escalating his pressure on the Obama administration to adopt a more lenient approach to unauthorized immigrants from conflict-riven parts of the world, in a statement on Monday, Democratic presidential hopeful Bernie Sanders demanded a moratorium on deportations targeting the migrants "as soon as possible."

"America has always been a beacon of liberty for those fleeing violence and persecution. Raids separating families are not who we are," Sanders said in a statement. "Deportation can be a death sentence to detained minors, parents and asylum seekers."

The Vermont senator's plea marks the latest chapter in a months-long effort to convince President Barack Obama to halt his administration's crackdown on Central American migrants.

In an impassioned missive in January, Sanders wrote to the president that the country bore a "fundamental responsibility" to welcome migrants fleeing strife-torn countries. One month later — as he was looking to make inroads with Latino voters ahead of the Nevada caucuses — Sanders blasted federal authorities for slow-walking promised reforms to the deportation process.

In his statement on Monday, Sanders cited the cases of Wildin Acosta, a Honduran teen facing deportation in North Carolina after fleeing gang violence in his home country; South Asian asylum-seekers currently on hunger strike in Arizona; and Ladislao Padilla-Ochoa, a Mexican-born Tennessee father of three facing deportation after 24 years in the United States.

"We need an immigration system that unites families, not one that tears them apart," Sanders said.

Sanders has been joined in his criticism of the administration's deportation practices by Democratic frontrunner Hillary Clinton, whose campaign said in January that the U.S. "should not be conducting large-scale raids and roundups that sow fear and division in our communities."