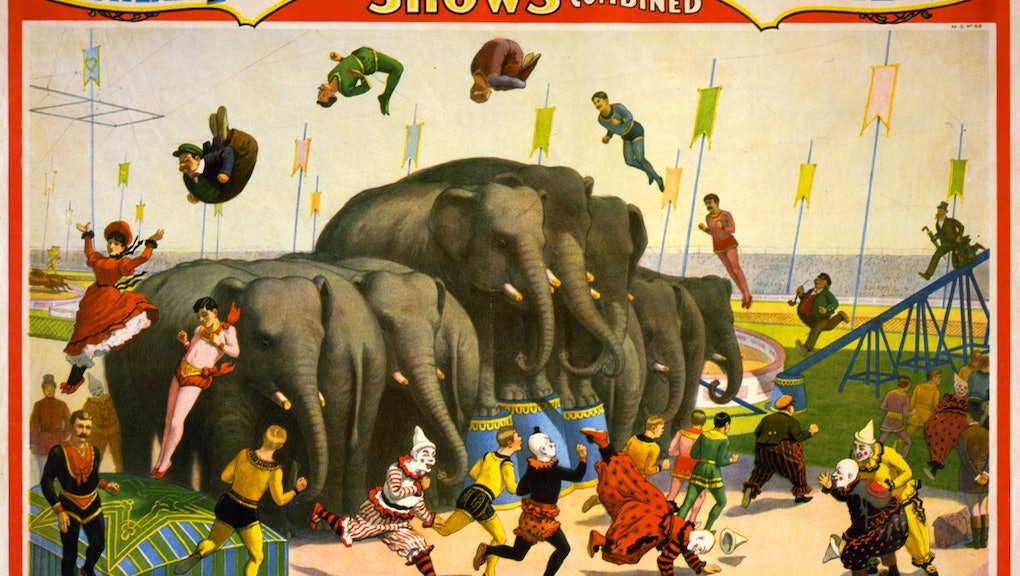 In the late 1800s, post-War of Currents America was a place of emerging electricity and circus entertainment. A product of this intersection was Topsy, a captured female elephant from Southeast Asia, who was fed 460 grains of cyanide of potassium (about 1 ounce of potassium cyanide) and publicly electrocuted at Coney Island in New York on Jan. 4, 1903. According to the book Topsy by Michael Daly, the filmed event has long been rumored to have been carried out by famed inventor Thomas Edison, the New York Daily News reported in 2013.

"There were flashes and small blue flames and then smoke began to curl up from where copper met foot," an excerpt from Daly's book reads. "Some would describe the smell as that of burning flesh, others that of burning hoof. The pain must have been excruciating and her huge form shook violently." It took about two minutes for her to die, according to the New York Times in 1903.

The electrocution still lives on today as a sign of animal cruelty due to its existence on film, which can be seen on YouTube. Those who filmed and flipped the switch were employees of the Edison Company, and the footage was to be used for a video they were making called Electrocuting an Elephant, the New York Times reported. Edison's own involvement is unconfirmed.

Edison had lost the War of Currents about a decade ago, where his direct current was outdone by Nikola Tesla's alternating current. Daly argued that Edison's involvement in the event was to "vent his fury and frustration over his defeat, as well as an opportunity to film the first death of any kind," the New York Daily News reported. Some argue that Edison was not directly involved in the case, and that he had long left the company who did it, according to the Edison Papers Project. Additionally, he allegedly had minimal say in his film business.

Topsy was secretly brought to America to work for the Forepaugh Circus, and she did so for 25 years. She was later sold to Coney Island's Sea Lion Park, which would later become Luna Park. There, she had an abusive trainer called Whitey, according to the New York Times.

Somehow, Topsy had earned a bad reputation for killing and hurting humans. However, Daly found that Topsy had suffered years of abuse, and only found records that she'd killed one spectator who tried to throw a lit cigar at her sensitive mouth, according to the New York Daily News. The park was planning to hang Topsy, but the American Society for the Prevention of Cruelty to Animals stopped it. However, they agreed to an electrocution.

Topsy's hide was used for an office chair and her legs for umbrella holders, according to the New York Daily News.