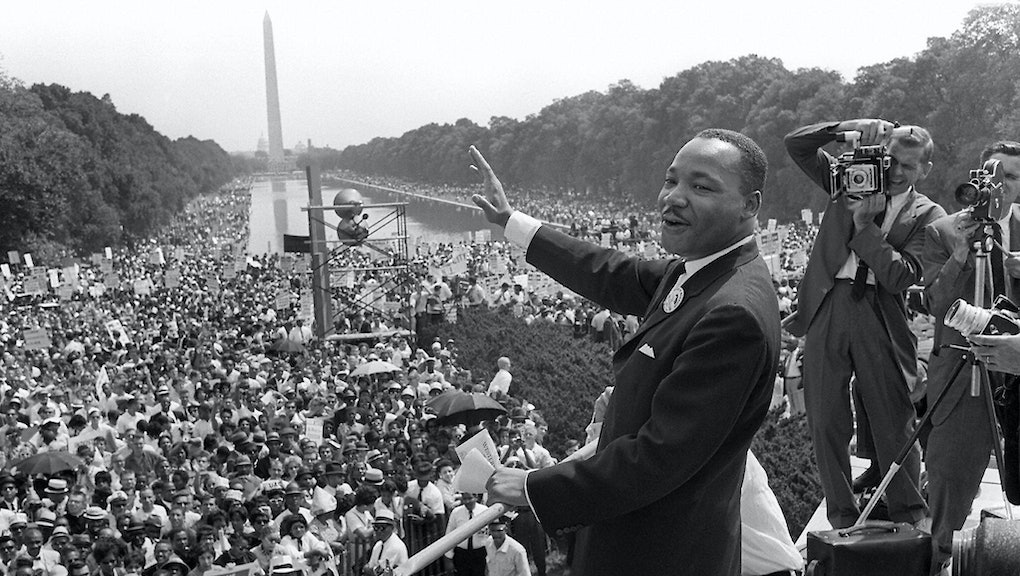 Forty-eight years ago Monday, civil rights leader Martin Luther King Jr. was assassinated. During a visit to Memphis, Tennessee, he was standing on the Lorraine Motel second-floor balcony on April 4, 1968, when he was shot by James Earl Ray.

Social media became an outlet for strong, impassioned reactions. America woke up to an outpouring of love Monday morning as people across Twitter recognized the life and achievements of one of America's most prominent political activists.

Many used his own words to commemorate the man, superimposing quotes over images of King.

In the past, others have not commemorated the titan on social media as artfully — Zac Efron, for instance, posted a selfie on Martin Luther King Jr. Day 2016 with the caption "I'm grateful for a couple things today: Martin Luther King Jr. & 10 million followers on IG #MLKDay," which earned him plenty of internet ire. (He later apologized.)

Social media missteps aside, on the anniversary of King's assassination, the mood on social media is overwhelmingly one of gratitude. King's civil rights dream is far from realized in America, from systematic racially motivated police brutality to higher rates of poverty and unemployment for blacks. Many commemorating the leader subsequently invoked his vision on Monday. As one Twitter user noted, "His light was extinguished, but the dream continues on."