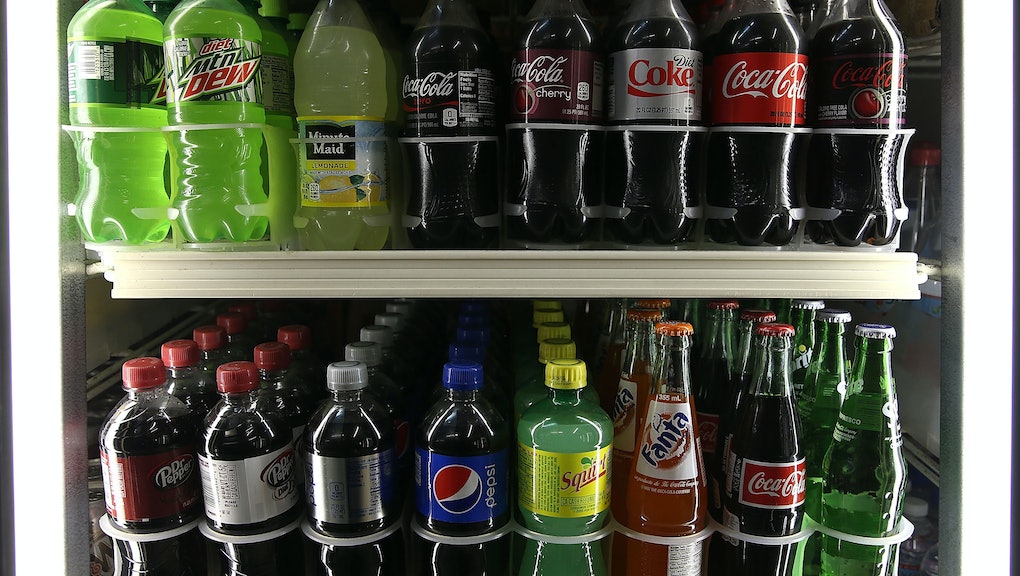 Philadelphia's Mayor Proposes the Highest Soda Tax in the U.S., But Not to Improve Health

Five years ago, then-Philadelphia city council member Jim Kenney opposed the idea of imposing a soda tax to fight childhood obesity in his city. But now, as mayor, he's angling to institute the highest soda tax in the nation.

What prompted the reversal? He's doing it for the money, not to improve public health.

Kenney's new city budget taxes soda at $0.03 an ounce, according to a report by the New York Times. The policy would make a 20-ounce bottle of soda $0.60 more expensive for distributors, much of which could be passed on to consumers in the form of significantly higher prices. He estimates that the more-than-$400 million that could be raised via the tax in the next half decade would fund universal preschool and allow the city to renovate a variety of its most vital public venues.

Read more: Mexico Just Showed the World How to Fight Obesity and Diabetes — And We Should Listen

As far as soda tax proposals go, it seems like a long shot. Time and time again, significantly smaller ones have been shot down across the country. The only city to have successfully passed one in the United States thus far is Berkeley, California.

When describing his original opposition to a soda tax, Kenney has cited one of the chief reasons that soda taxes struggle to gain traction — Americans don't respond well to what they perceive as paternalism in the tax code. High taxes with moral subtexts have been around for quite a while for alcohol and cigarettes, but it remains difficult to get entire communities on board with the idea of a tax designed to discourage people from purchasing unhealthy food or drinks.

But Kenney's campaign for the new soda tax isn't a health crusade. It's based on the idea that a soda tax is just an untapped source of revenue that justifies the end of funding a much-needed education program. In his public arguments for the tax, he's "not using the word obesity, or suggesting that people should drink less soda," reports the Times.

Regardless of how he's presenting the soda tax, if it passes, there is a good chance it could reshape Philadelphians' consumption trends and health prospects. Mexico's experiment with a very hefty tax on all sugar-sweetened beverages since 2014 has contributed to a 12% drop in the their purchase and a modest rise in the sales of bottled water.

Should Kenney manage to get his plan passed, the moral of the story might be that when selling a soda tax it's best to avoid telling citizens what's good for them and instead package it as a way to deliver what's best for the community.