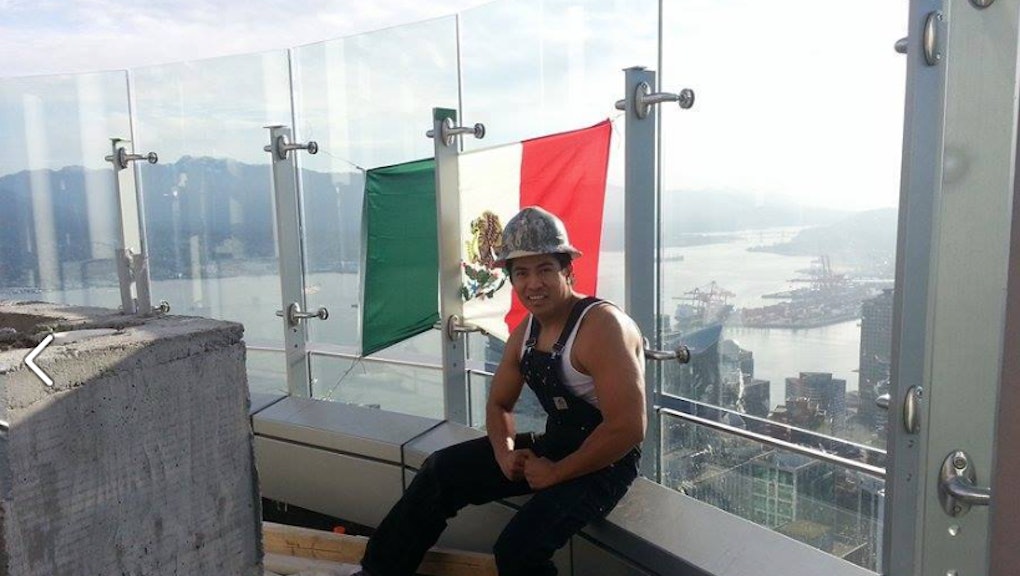 Mexican-Canadian Diego Reyna is a construction worker working on Vancouver's future Trump Tower. This week, he hung a Mexican flag from the incomplete tower in protest of the real estate mogul and GOP hopeful Donald Trump's previous anti-Mexican comments, according to CBC News. Reyna uploaded the picture to Facebook, where it's accumulated over 2,000 shares as of Monday morning.

"Mr. Trump, we did our best work, your tower here in Vancouver is premium quality, and we were a crucial part of it, not just Mexicans but immigrants as a whole, like your ancestors were, you are not native american, the insults you have said about us, have not changed our work ethics, while working on your tower," Reyna's caption read. He pleaded for others to share it so that it might eventually find its way to Trump's newsfeed.

Reyna is worried about Trump's "values and his points of view" spilling over into Canada, he told the Huffington Post. Reyna has been a citizen of Canada since 2011.

Reyna isn't actually employed on this specific project, but he has Mexican and Muslim friends who are, according to the Huffington Post. He said he did the stunt himself since he technically can't get fired from the project (whereas his friends could).

The flag was removed by Sunday morning, and the owners of the building — the Holborn Group — have commented neither on Trump's racist remarks nor Reyna's feat.

Among many racist claims, Trump has previously stated that Mexicans are rapists who bring drugs into the country.