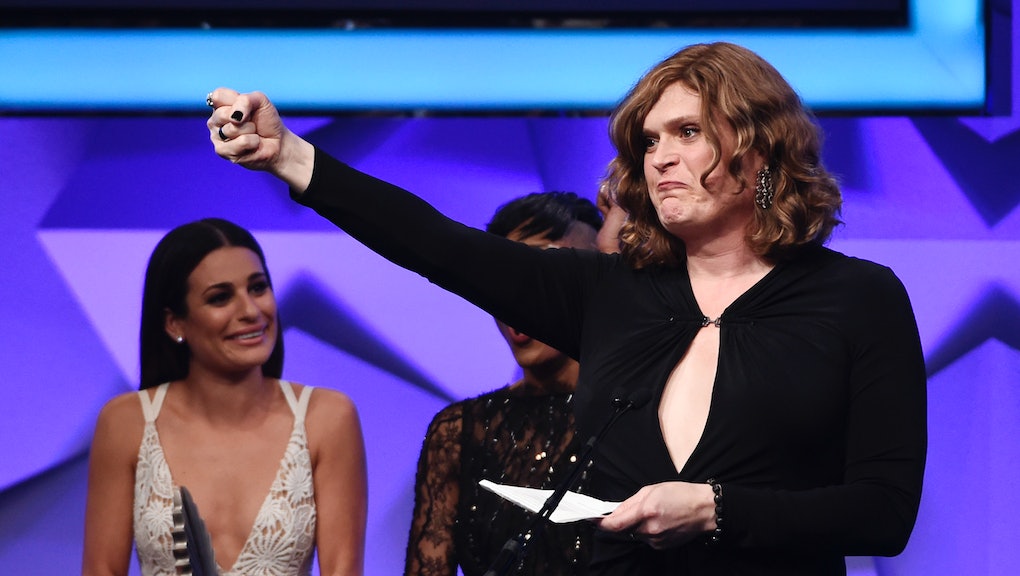 Lilly Wachowski Opens Up About Her Transition: "I Have to Because People Are Dying"

Lilly Wachowski may have been forced out of the closet, but now that she's out, she's declaring her identity with pride.

The Matrix director and sister of Lana Wachowski made her first public appearance at the GLAAD Media Awards Saturday to accept the organization's award for best drama series. In accepting for the Wachowski sisters' Netflix series Sense8, Lilly Wachowski explained she's ordinarily someone who avoids the spotlight — but she feels she can do so no longer.

"Being transgender, my whole life I've hid," she said, according to the Los Angeles Times. "So I'm going against every instinct, every fiber in my being now, being here and talking about my trans-ness, but I have to. I have to because people are dying."

Lilly Wachowski referred to the alarmingly rapid rate at which trans women are killed in the United States. Dozens of women have died in the past few years, many women of color. Women such as Laverne Cox, Janet Mock and Caitlyn Jenner have used their platforms to call for awareness and action regarding not just this death rate, but about making living as a trans person in the U.S. easier.

Now, Lilly Wachowski is joining their ranks, speaking up against bills being passed nationwide that restrict transgender Americans from using the bathroom of their choice. "The bathroom bills popping up all across the country are literally killing people," she said, the LA Times reported. "That has to stop."

"We're going to get in there and take what's ours in terms of basic human dignity," she said.

The taping of the GLAAD Media Awards will air Monday at 10 p.m. Eastern. Watch the video below.