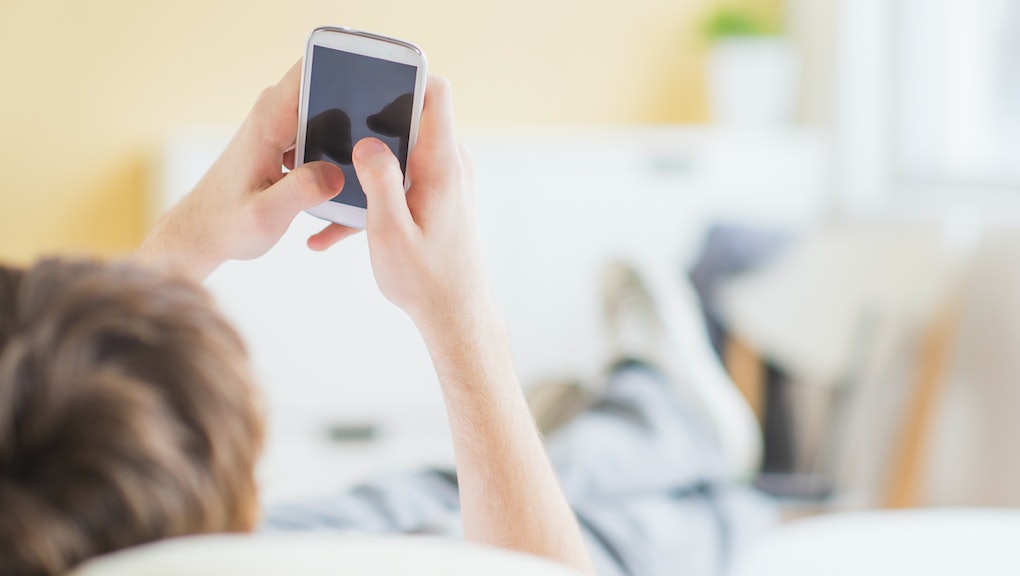 If you're a sexually active human being in 2016, and you have access to a smartphone camera and a bathroom stall, it's safe to say that you've probably sexted at one point or another. That applies whether you're an adult or underage: According to a 2014 Drexel University study, approximately 54% of college students surveyed said they had sexted before they turned 18.

For many of these teenagers, the consequences of being caught sexting can be dire. Possession of child pornography is a felony on both the federal and state level, one that can result in jail time and a spot on the state's sex offender registry.

A newly proposed bill in Colorado, however, is trying to change that. Part of a growing body of laws intended to differentiate between teen sexting and child pornography possession, the legislation would downgrade underage teen sexting from a felony to a misdemeanor, thus making the penalties far less harsh.

New "sexting laws" that reflect teen reality: The legislation was proposed in response to a scandal at a Cañon City, Colo. high school in 2015, where hundreds of students were investigated for participating in a large-scale sexting "ring." (They were ultimately not prosecuted.)

"My concern is that, if prosecutors have the option to use a misdemeanor or a petty offense, there will be a lot more prosecutions of consensual sexters," Amy Hasinoff, assistant professor of communication at the University of Colorado Denver and author of the book Sexting Panic: Rethinking Criminalization, Privacy, and Consent, told Broadly.

Hasinoff also said she was concerned that the new legislation doesn't do enough to differentiate between the actions of the sexter (i.e. the person who sent the nude photos) and a person who then disseminates them without the sender's consent, as is often the case with teen sexting cases.

"Like any other sex act, [sexting is] only harmful when it happens without the consent of everyone involved," Hasinoff said to Broadly. "In that case, we need to address the person who committed the act of harm. Laws against sexting criminalize the victim and the perpetrator as though their behavior is the same."

"Laws against sexting criminalize the victim and the perpetrator as though their behavior is the same."

It's that point — that the person who sends the sexts and a person who circulates them without the subject's consent are equally culpable in the eyes of the law — that we need to consider when discussing current anti-teen sexting laws.

The murky waters of sexting consent: Hasinoff is correct that sexting, in and of itself, is not necessarily a bad thing. But we don't live in a world where teenage boys and girls alike are gleefully sending each other naked selfies with mutual consent; instead, we live in a cultural milieu where teen boys feel entitled to receive nudes, and teen girls feel pressured to supply them. As a result, young women often find themselves in a Catch-22: If they acquiesce to men's demands, they risk having their photos circulated and being called a slut; if they refuse, they're threatened with extortion or labeled prudes.

"Some 13-year-old girls in Florida and New Jersey told me that if they didn't [send photos] they had been threatened with boys sending rumors about them, sending around a picture that actually wasn't them and saying it was them," Nancy Jo Sales, the author of American Girls: Social Media and the Secret Lives of Teenagers, told NPR. "[But it's] very risky for girls to send nudes because when they do, if they chose to, those photos are not private. They can be shared and very often they are shared."

In fact, according to a 2015 Indiana University study, as many as 20% of undergraduate sexters reported being bullied or intimidated into sending sexually explicit texts.

The fact that Colorado wants to take steps to not punish teenagers for what is often a case of poor judgment is commendable, in terms of the law keeping apace with the reality of our modern landscape. But it does not actually address the issue at the heart of the teen sexting panic: why teenagers, particularly teenage girls, as young as 13, are pressured to send sexually explicit sexts in the first place. That's not a problem that can be solved by state legislation alone.