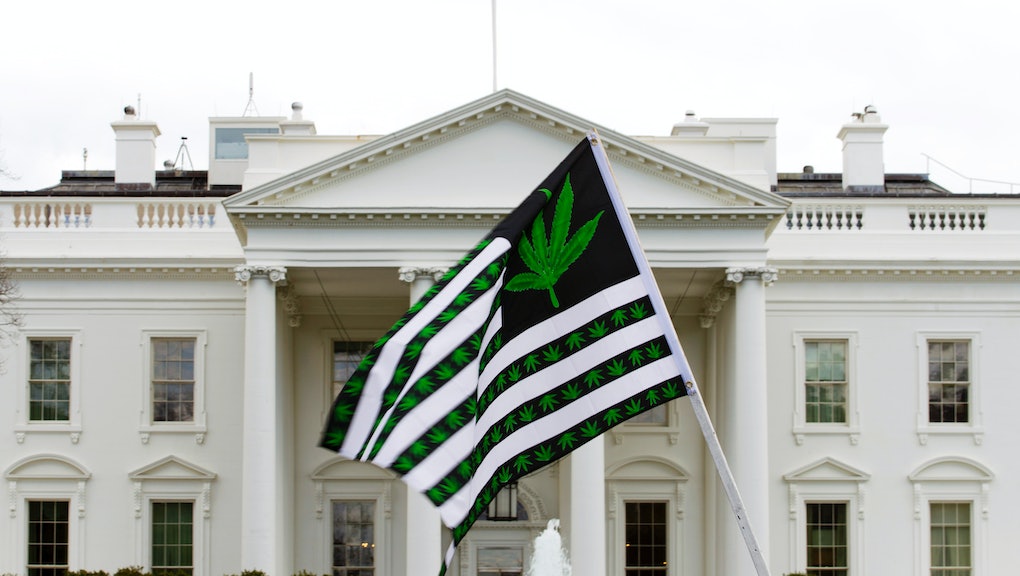 The mother of a 6-year-old boy with severe epilepsy has taken to the pages of the Guardian to demand the federal government take a more lenient stance on weed.

Catherine Jacobson's son Ben saw a drop in his symptoms after he began taking cannabidiol, one of the active components in marijuana.

"My son Ben has suffered thousands of seizures in his short six-year life," she wrote in the op-ed published Monday.

Read more: Weed May Help You Recover From a Workout, Perform Better

"After exhausting FDA-approved treatment options, including a dozen different anti-seizure drugs, surgical implantation of a nerve stimulator, injections of high doses of steroids and even brain surgery removing half of his parietal lobe, he is finally experiencing some relief thanks to a drug regimen that includes a component in cannabis, cannabidiol (CBD)."

According to Jacobson, these invasive FDA-approved treatments failed to help her son, leaving him with "severe brain damage as a result of years of seizures." It is "excruciating," she said, to wonder what might have happened had he had access to cannabidiol the entire time.

While officials are beginning to take medical marijuana seriously, Jacobson wrote that a recent National Institutes of Health research summit on marijuana and cannabinoids was a flop due to limited efforts to talk about possible medical uses in humans and a disproportionate focus on potential harms.

They include regulatory hurdles in setting up dispensaries, obstruction of safe access for users and marijuana's proscribed Schedule I status, under which the federal government officially considers marijuana to have no medical value. That has suppressed research into medical weed, despite a growing if uncertain body of research suggesting possible utility for treating many conditions. Even National Institute on Drug Abuse director Nora Volkow said there's a need for "rigorous clinical research" into CBD.

"CBD is only one of many cannabinoids that we are just beginning to understand," Jacobson concluded. "Cannabis contains more than 80 cannabinoids and more than 400 other compounds. It's highly likely the therapeutic potential of medical cannabis is greater than one single cannabinoid. But in order to find out, we need the ability to conduct research."