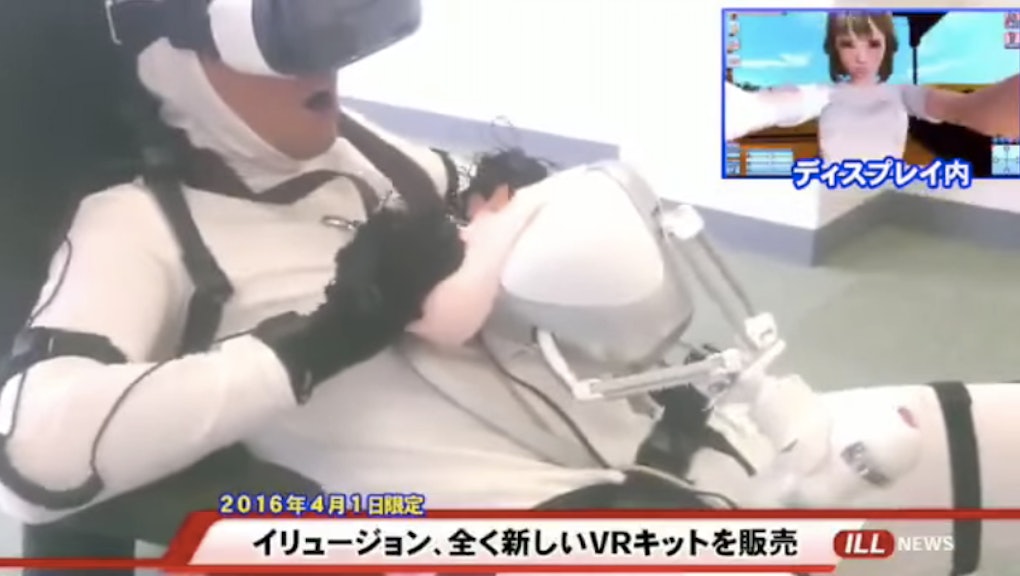 The virtual reality sex suit is designed to work with Illusion's Oculus game Sexy Beach, according to Inside Reality. The game appears to let you choose your own fuck adventure, letting users customize the female avatar to their liking.

A past Indiegogo project asked for contributions for a VR helmet and stroking cup, a customizable virtual-girlfriend trifecta. Vice tested tested it out, reporting that "in unison, both me and the computer girl came at once." The project didn't get full funding — but it points to a growing interest in immersive virtual boning.