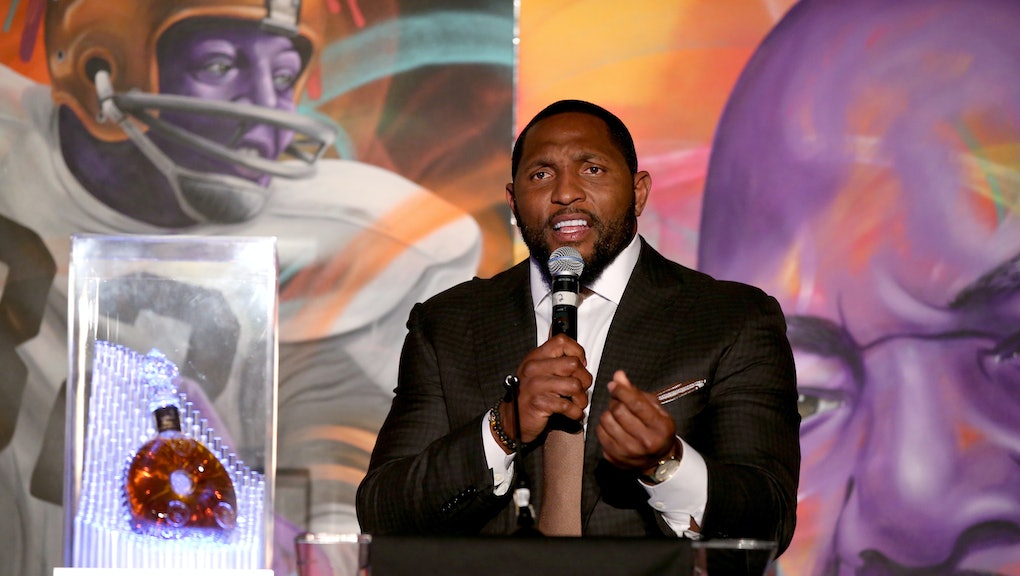 If you ask Ray Lewis, Black Lives Matter needs to amend their playbook to defeat the real problem: black-on-black crime.

In a video posted Saturday to his Facebook page, Lewis — considered one of the greatest Baltimore Ravens of all time — meditated on the Black Lives Matter movement and its black-on-black blindspot.

In the video, Lewis cites statistics that the murder rate in Chicago has "soared 72% in 2016," resulting in 141 murders in the past month. However, according to DNA Info, there have been 151 murders in Chicago this year.

Lewis, who speaks in a staccato preacher's tone, said:

Lewis spends the rest of the video detailing numerous comparisons between 2016 and 2015 shooting victims in Chicago.

In a post titled, "11 Major Misconceptions about the Black Lives Matter Movement," a response to the black-on-black crime argument is the first item on the list.

"The idea that black-on-black crime is not a significant political conversation among black people is patently false. In Chicago, long maligned for its high rates of intraracial murder, members of the community created the Violence Interrupters to disrupt violent altercations before they escalate. However, those who insist on talking about black-on-black crime frequently fail to acknowledge that most crime is intraracial. Ninety-three percent of black murder victims are killed by other black people. Eighty-four percent of white murder victims are killed by other white people. The continued focus on black-on-black crime is a diversionary tactic, whose goal is to suggest that black people don't have the right to be outraged about police violence in vulnerable black communities, because those communities have a crime problem. The Black Lives Matter movement acknowledges the crime problem, but it refuses to locate that crime problem as a problem of black pathology. Black people are not inherently more violent or more prone to crime than other groups. But black people are disproportionately poorer, more likely to be targeted by police and arrested, and more likely to attend poor or failing schools. All of these social indicators place one at greater risk for being either a victim or a perpetrator of violent crime. To reduce violent crime, we must fight to change systems, rather than demonizing people."

But Lewis is not alone in his espousal of the "black-on-black crime" argument. In November, Republican presidential candidate Donald Trump tweeted a meme about black-on-black crime that was full of wild inaccuracies. PolitiFact even gave it their worst truth-o-meter ranking: pants on fire.

This is also not Lewis' first time criticizing the Black Lives Matter movement. In September, Lewis urged people to drop the "black" in front of "black lives matter" and just say "lives matter."

Lewis' followers loved his rant and many thanked him in the comments section.

Though activists and comedians have broken down the problem with the idea of "black-on-black crime" time and time again, people still want to start that conversation. Here's Lewis' full video: