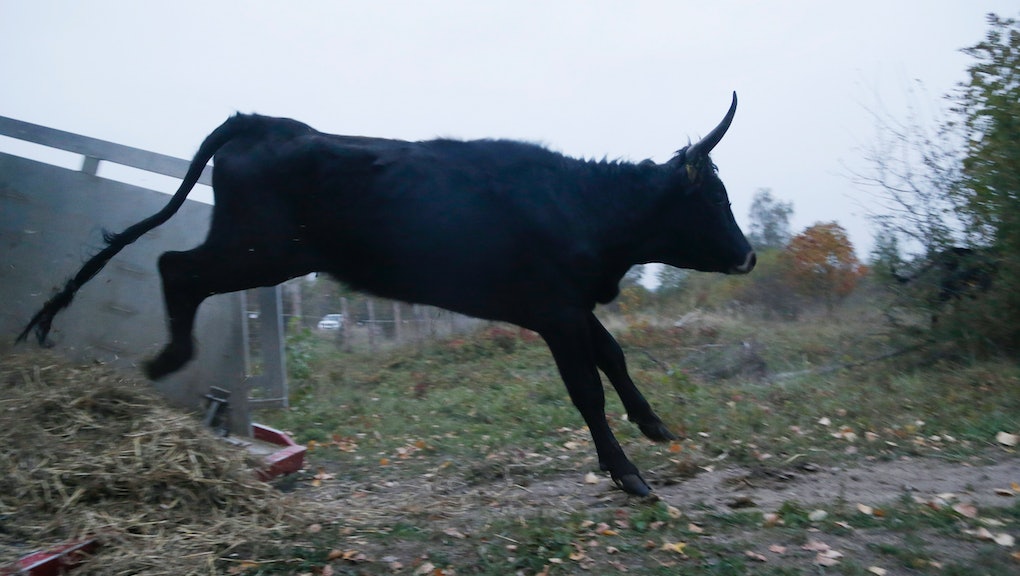 A group of scientists, historians and ranchers with knowledge of raising cattle are looking to resurrect the aurochs, a species of wild cattle that is related to the domesticated cattle seen today. However, the resurrection process isn't anything similar to Jurassic Park.

According to the Washington Post, a Dutch nonprofit named Stichting Taurus is providing financial support to the Taurus Program, which is utilizing a technique known as "back-breeding." The process uses the selective breeding of animals that exist today to get as close as possible to their now-extinct ancestors.

"Back-breeding is possible because much of the genetic material of the extinct wild ancestors and subspecies survived in the domestic progeny or in surviving related subspecies," Peter Maas wrote for the Sixth Extinction, a website dedicated to spreading awareness about extinct animals. "This can result in animals that resemble the original extinct ancestor or an extinct subspecies."

The last remaining aurochs died in 1627, in Poland, according to the International Union for Conservation of Nature and Natural Resources' Red List of Threatened Species. But Richard Crooijmans, molecular geneticist at Wageningen University, believes the aurochs isn't necessarily gone. "In principle, the aurochs is not really extinct," Crooijmans, who is leading DNA analysis for the project, told the Washington Post. "It's still living in the current cattle breeds, but it's changed so much."

The Taurus Program has already found cattle that have similar characteristics to their extinct predecessors, the Washington Post reported, and have been back-breeding for the project since 2008.

Read more: Unicorns Were Real — And They Went Extinct Way Later Than We Originally Thought