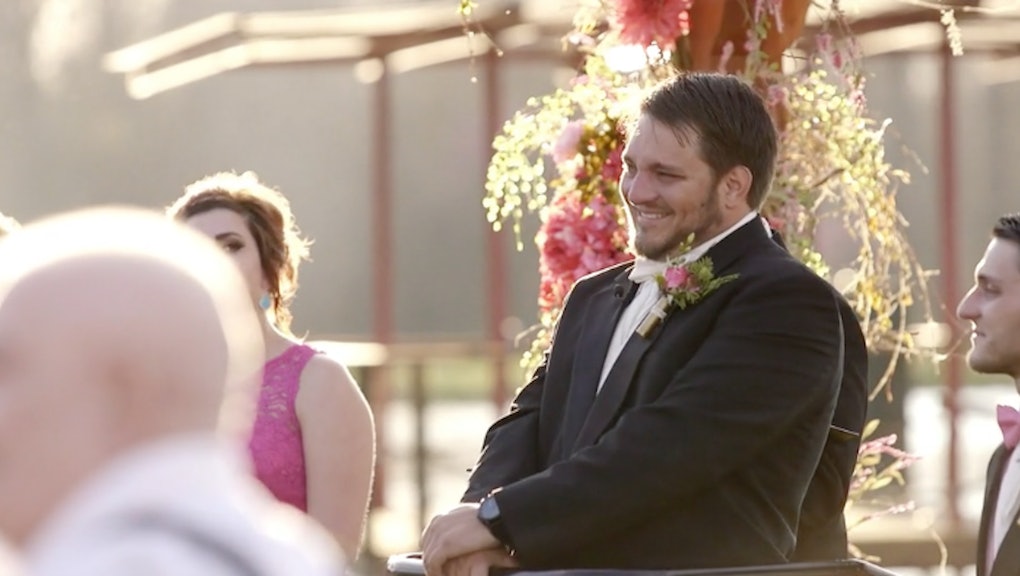 After Kent Stephenson was paralyzed in a motocross accident in 2009, doctors told him he would never walk again. But at his wedding in March, Stephenson was able to stand at the altar and watch as his soon-to-be-bride, Misti Richeson, walked down the aisle towards him — and it's all thanks to a procedure called epidural stimulation. Stephenson was only the second person to undergo the groundbreaking procedure, USA Today reported.

Read: We Wish We Were as Cool as This Mom Who Breastfed at a Black Tie Wedding

During the crash, Stephenson fell from 80 feet after going off a jump on his motorcycle  — injuring his spine and leaving him unable to move or feel anything below his chest.

"It was emotional for me, it was emotional for my mom ... It was pretty crazy, just being able to do that." Now Stephenson turns on his stimulator for a few hours a day.  "When it's on, it feels like it's all connected again," he said, "like I'm getting pieces back that were just totally cut off before."

At his wedding to Richeson in March, Stephenson could not only stand at the altar, he also danced with his new wife — Something neither of them thought would be possible back in 2009.

"That's something that everyone looks forward to — walking down the aisle and seeing him standing there," Richeson said. "Getting to stand with him through the whole ceremony is not something we ever thought would be able to happen."

"There have been several moments when I realized she was the one," he told USA Today. "We have experienced so many challenges together in life, and we always overcome them – together."