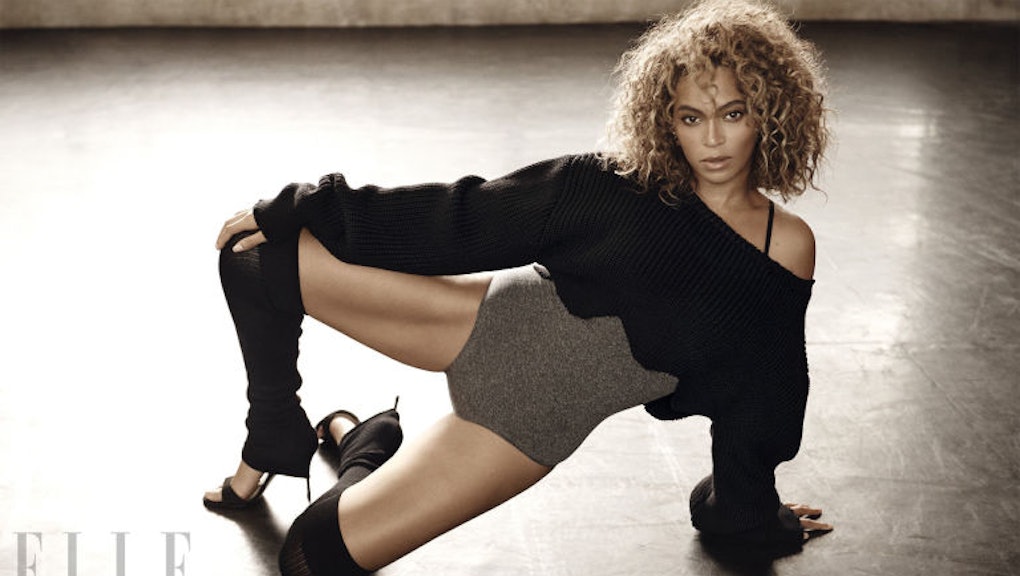 Beyoncé in 'Elle' Interview Preview: "It's Not About Perfection. It's About Purpose."

Beyoncé has had a busy 2016 thus far: She had an amazing Super Bowl halftime performance, released her first single since 2014 in "Formation" and rumors continue to swirl about a new album. However, all these highlights also thread a commonality with Beyoncé — broadly, a passion for feminism and equality.

In that light, Beyoncé's in-depth interview with Elle is slated to be released digitally Tuesday, with the physical magazine carrying the interview out in select cities the following day. Elle released a preview of the interview in the meantime, with thoughtful snippets of the interview thrown in. Most notably, Beyoncé has a positive message to share about changing the dialogue with women's bodies.

"It's really about changing the conversation," she says in the interview. "It's not about perfection. It's about purpose. We have to care about our bodies and what we put in them. Women have to take the time to focus on our mental health — take time for self, for the spiritual, without feeling guilty or selfish.

Be sure to keep an eye out for the full interview online Tuesday. In the meantime, Elle also provided photos from their shoot with Beyoncé, which you can check out below.

Read more: Here's What a Beyoncé Studies Class Would Look Like