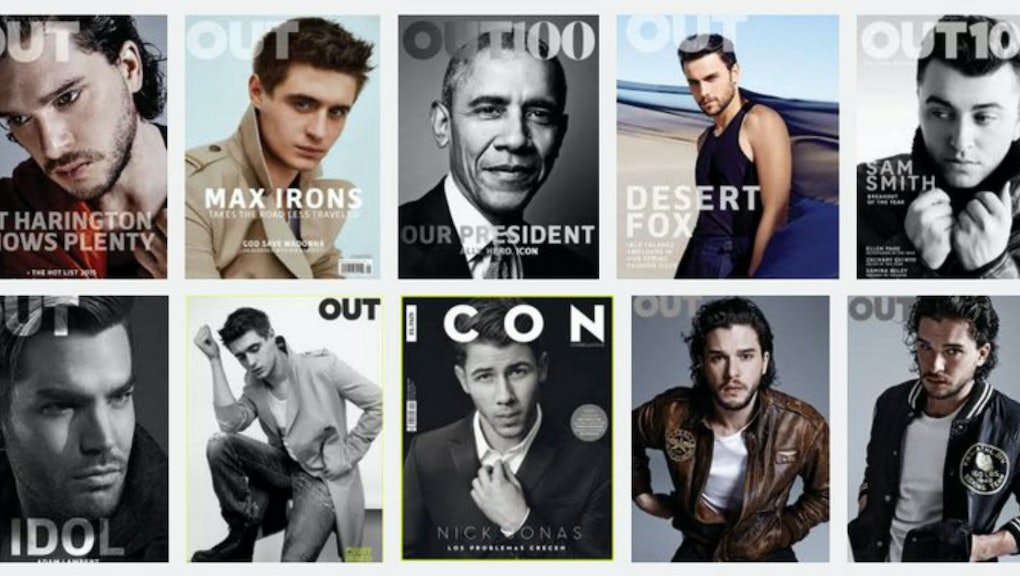 In an interview with Fusion, queer black rapper Mykki Blanco dove a bit deeper into the recent Twitter conversation about #GayMediaSoWhite.

"When Vogue and Vanity Fair are more progressive than your gay magazine, that's a huge problem," Blanco told Fusion.

Though racism in the gay community is a decadeslong, ongoing conversation, the internet is still reeling from the #GayMediaSoWhite conversation Blanco sparked with just a few tweets on March 28, calling out gay media for prioritizing white men over men of color.

Fusion analyzed how many of the cover models of prominent gay-marketed magazines — Out, Attitude and the Advocate — over the past five years were LGBTQ white people, LGBTQ people of color or white straight cisgender men.

It turns out, almost unsurprisingly, that 40% of all the covers went to straight, white, cisgender men. According to the analysis, 35% of the covers were LGBTQ white people and then 9% were LGBTQ people of color.

Blanco added that Attitude, one of the magazines profiled, follows a "Grindr aesthetic," but that the real stinger of the #GayMediaSoWhite conversation is the data around Out and the Advocate, who Blanco said are "definitive" LGBTQ voices.

And the discrimination doesn't stop at race, either, according to Blanco. "Even a feminine white gay man couldn't make an Out cover. Even the Carson Kressleys of the world won't get an Out cover."

Attitude magazine, which featured cis white straight men on 55% of its covers, was the worst offender.

Cover models for Out magazine in the past five years were white 85% of the time — this percentage includes straight and LGBTQ people — and only one queer woman of color had been featured on the cover: Orange Is the New Black's Samira Wiley. Wiley was also one of four models with a cover for the 2014 Out 100 issue, which means the magazine did not feature Wiley exclusively. Out featured only one trans woman, model Andreja Pejic, on its cover in the past five years.

Neither Advocate, Out nor Attitude responded to Fusion's requests for comment.

"These realities are not just rallying points for college student groups," Blanco said.

She added, "I mean, Anna Wintour's more down for the cause than you are."