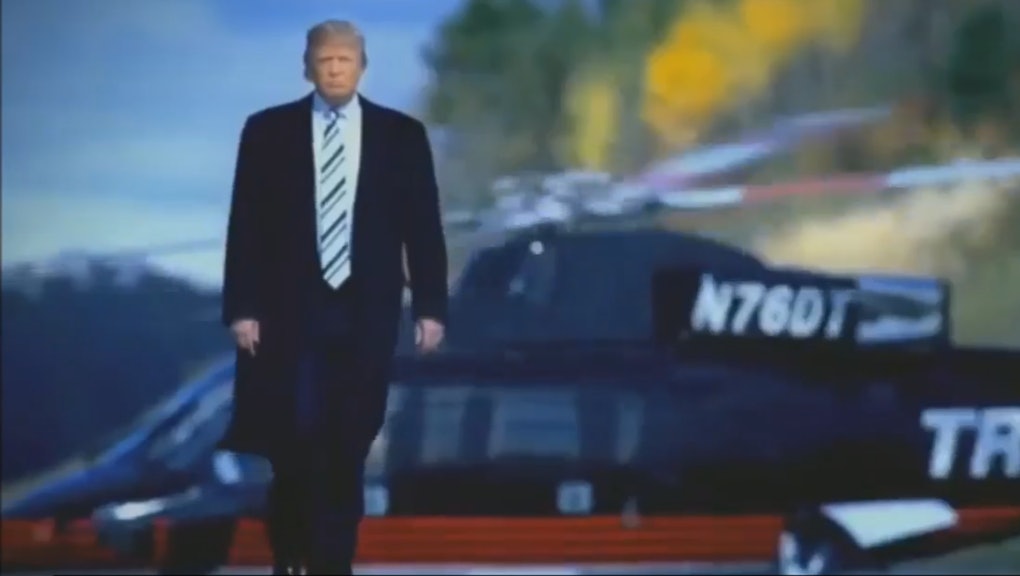 Donald Trump is ostensibly running for the Republican nomination for president. So when he tweeted out this bizarre fan-made campaign video that advertises the release of the "Trump Effect" in Fall 2016 on Monday, it struck many as odd (if not unsurprising).

Trump's tweet, which simply read "MAKE AMERICA GREAT AGAIN!", is no longer visible due to copyright infringement, but other copies of the ad remain online.

From the hyperbolic narration and soundtrack to the choice of asynchronous visuals, this "Rated T For Trump" ad is, well, weird. Were it actually produced by the Trump campaign, it could only be interpreted as a form of trolling.

But there's a catch. The ending card "Trump Effect" is an unmistakable reference to the Mass Effect series of video games. Upon closer examination, much of the supposedly pro-Trump video has been lifted from the launch trailer for Mass Effect 2, including the narration and the soundtrack.

If you go to the Trump Effect video's YouTube page, the clip says video-game giant Electronic Arts requested it be taken down for copyright infringement.

So it sure looks like Trump (or one of his staffers) came across the Trump Effect video and either mistook it for an originally produced piece from a fan, or simply didn't care it was actually satire. Trump's social use has either been remarkably sloppy, given multiple incidents in which his Twitter account retweeted white supremacists, sent out photos of Nazi soldiers, or quoted Italian dictator Benito Mussolini. Or it has been remarkably adept, if the objective is solely to garner attention.

Trump isn't the first Republican candidate to expand the party's tent to include obscure internet in-jokes, intentionally or otherwise. In 2008, once-frontrunner and former Godfather's Pizza CEO Herman Cain quoted Pokemon 2000 not once, but twice in campaign appearances, crediting the words to a "poet."

While there's no accounting for just why Trump chose this particular video, there is an appropriate reaction — of sorts.