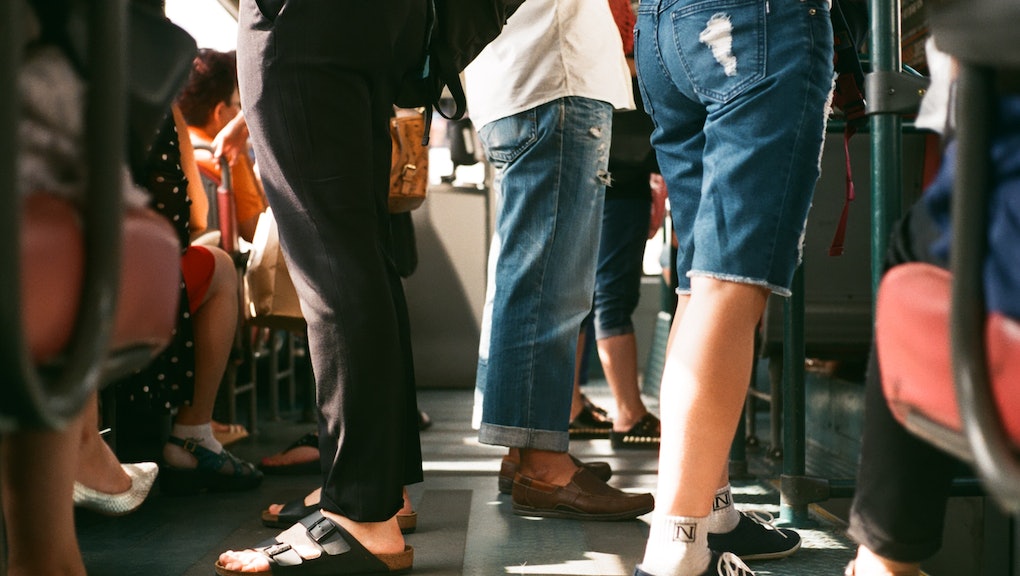 Gender identities can be complicated — and admitting you don't understand the meanings of different terms can be hard, depending on the situation. But knowledge is power, so here is a brief explanation of some words you may have heard used to describe different gender identities. Because the more you know, the more you grow!

The term "cisgender," sometimes shortened to "cis," means someone's gender identity is the same as their sex as assigned at birth. According to Merriam-Webster, which added cisgender to its "words we're watching" category, "If the pronouncement your mom heard at your birth — 'It's a girl!' or 'It's a boy!' — still feels like it was accurate, then you're cisgender."

The word "cisgender" has been in use since the mid-1990s, according to the Advocate, and many see it as useful because it helps shift understanding about gender, by making cisgender into a specific gender identity rather than a default setting. "The term 'cisgender' is a means of accounting for privilege and trying to counteract the tendency to only name that which is different," K.J. Rawson, "a transgender scholar and assistant professor of English and women's and gender studies at College of the Holy Cross," told the Advocate.

Critics of the term "cisgender" have complained that it's unnecessary, and some have mistakenly concluded that it is somehow related to sexual orientation. In reality, though, it's an essential word in understanding and acknowledging a spectrum of gender identities. "By using 'cis woman' with 'trans woman' as opposed to 'trans woman' and just plain 'woman,'' we're spreading the message that said trans woman isn't abnormal," reported Everyday Feminism in 2015.

The term "cis privilege," which describes the societal advantages to being cis, has also become part of the discussion surrounding gender identity in recent years.

In April, Merriam-Webster officially added the term "cisgender" to its unabridged edition, saying in a blog post announcing the change, that "the new entries and senses offer a kind of snapshot of how exactly our language expands."

GLAAD calls transgender "an umbrella term," and points out that transgender can refer to people who identify as a "trans man" or a "trans woman" — or simply "transgender" — but some people prefer to go by "man" or "woman," with no modifier.

The term encompasses a wide range of gender identities, and identifying as transgender does not necessarily mean a person has undergone surgery to alter their body or is taking hormones — or that they wish to modify their physical appearance at all — according to GLAAD. Medical decisions like that are private and personal, and advocates stress the importance of respecting that privacy. If you're curious about a trans person's private, personal medical decisions about their body, please don't ask them; it's private and they'll likely share if they want to and not if they don't.

The fight for transgender rights has been in the spotlight recently, partially because of the national fight over North Carolina's discriminatory HB2 law, often referred to as the "bathroom bill," which effectively bans trans people from using the public bathroom that matches their gender identity.

Someone who identifies as "gender fluid" may change the way they identify over time, identifying at different points as male, female, both or neither. According to Genderdivserity.org, "Gender fluidity conveys a wider, more flexible range of gender expression, with interests and behaviors that may even change from day to day."

As actress Ruby Rose, who identifies as gender fluid, told Elle in 2014, "Gender fluidity is not really feeling like you're at one end of the spectrum or the other. ... For the most part, I definitely don't identify as any gender. I'm not a guy; I don't really feel like a woman, but obviously I was born one. So, I'm somewhere in the middle, which — in my perfect imagination — is like having the best of both sexes. I have a lot of characteristics that would normally be present in a guy and then less that would be present in a woman. But then sometimes I'll put on a skirt — like today."

While celeb teen Jaden Smith has never officially come out as identifying as gender fluid, his "gender fluid style" has been heralded by many as a sign that some young people are willing to ignore traditional gendered expectations about what people should wear, do or say.

"Genderqueer is about acknowledging that gender expression and identity is not binary, that there are more than just two genders," Jordan Miller, a grad student, told Slate in 2015. Miller identifies "as genderqueer, transmasculine, transgender, and femme."

So what should you do if you're not sure how to refer to someone? Ask for their pronouns! GLAAD suggests that allies "listen first to the pronoun other people use when referring to that person. Someone who knows the person well will probably use the correct pronoun. If you must ask which pronoun the person prefers, start with your own."

Unlike asking someone about, say, their genitalia, asking which pronouns you should use to refer to them is not intrusive; it's respectful. They may go by he, she, they or another pronoun, so rather than assume you can tell someone's gender by how they look, just politely ask what pronouns they use — and then respect their answer.