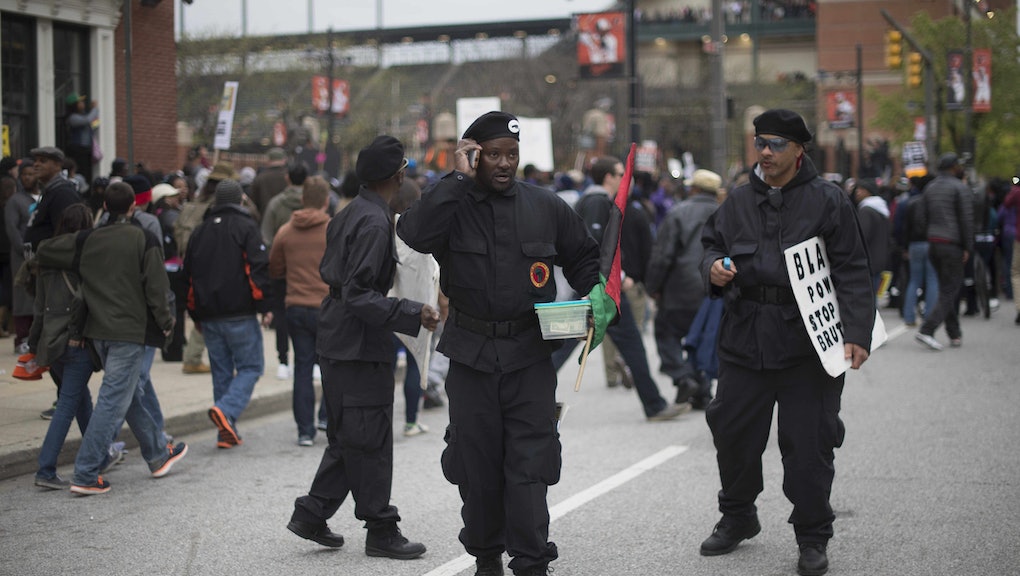 Members of the New Black Panther Party offered their protective services at the Muhammad Mosque in Dallas, which was the focal point of a protest by an anti-Muslim group, on Saturday.

The anti-Muslim group created an invite for the demonstration in front of the mosque and came to the event armed, Clutch reported.

Read more: Muslim Americans Are Model Citizens, According to a New Poll

"We cannot stand by while all these different anti-American, Arab radical Islamists team up with Nation of Islam/Black Panthers and white anti-American anarchist groups join together in the goal of destroying our country and killing innocent people to gain dominance through fear!" the invitation to the demonstration said, according to Clutch.

"This is what they fear — the black man," Olinka Green, an activist within the Dallas community, said, according to Clutch. "This is what America fears."

The protesters, "outnumbered" by the number of people that showed up to protect the mosque, left without any incidents.

The New Black Panther Party, contrary to popular belief, is not necessarily a contemporary version of the Black Panther Party for Self-Defense — the political organization that Huey P. Newton and Bobby Seale founded in Oakland, California, in the '60s — according to a post from the now-defunct website for the Dr. Huey P. Newton Foundation, preserved by Salon writer Ben Norton on his blog.