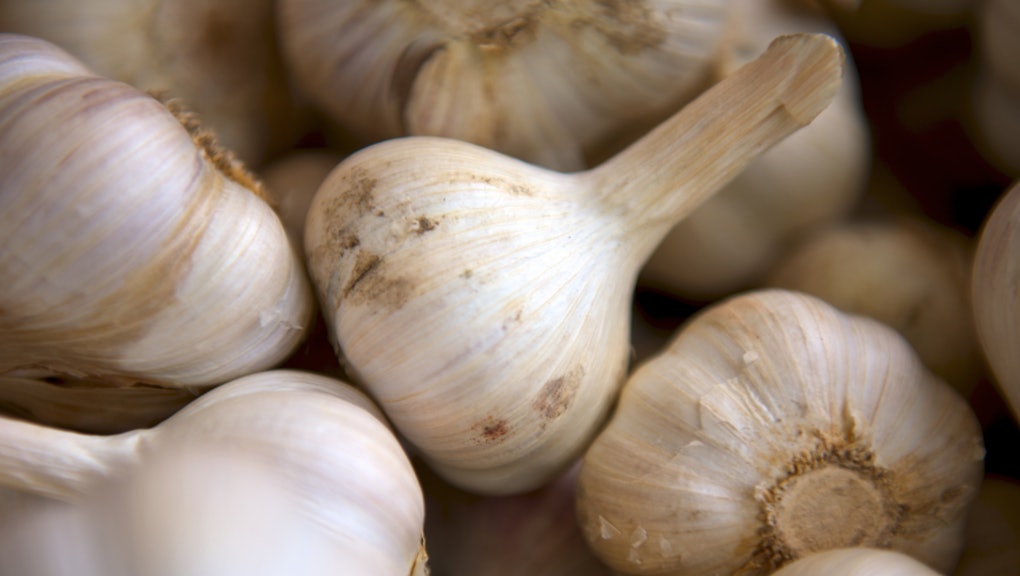 Many vagina-havers will be familiar with that deep itch that just can't be scratched, the one that comes with a yeast infection and is the goddamn worst. Yeast infections are the result of an overgrowth of yeast, a fungus, once the vagina's natural bacteria balance is thrown off-kilter. They tend to turn the vagina into a nightmare of extreme discomfort.

Read more: So Here's a Question: Can You Actually Make Beer From Your Vagina?

Finding time to go to the gyno is a difficult thing for most people, and a pipe dream for those who lack insurance. And sure, there's Monistat, but does that even work? And might there be a cheaper option out there, one that maybe already lives in the kitchen cabinet and offers immediate relief?

"Alternative remedies sound great," OB-GYN and director of the Drexel Vaginitis Center Paul Nyirjesy told Scientific American. " You don't have to go in, you don't have to be evaluated. There's a perception that if it's a natural remedy, it's going to be completely safe and there won't be any side effects."

That perception, Nyirjesy said, is false. Most of these alternative, homeopathic treatments don't do anything at all, and "if you put anything in your vagina, there's a chance you'll get irritation and burning," he said.

"The vagina contains the most delicate and sensitive skin of your entire body, and things that seem harmless can leave you with an infection, irritation, burns, or other damage," Mary Jane Minkin, M.D., clinical associate professor of OB-GYN at Yale School of Medicine told Shape. Put a tampon in it, put a penis in it, put clean fingers and sex toys in it, put condoms and non-oil-based lubes in it, but please stop putting the following items in it, no matter how fiery your yeast infection. These methods won't cure it.

An oft-employed at-home yeast infection treatment is raw garlic, peeled and inserted directly into the vagina. Don't do this — according to Nyirjesy, there's no reason to believe that it works.

Garlic contains an antifungal called allicin, Nyirjesy told SA, which could theoretically combat vaginal yeast. "But you don't know how much garlic you need or how effective it is," he said. "If you put a clove of garlic in your vagina, does it really treat what's going on in the vagina or is it just sitting there with all the active ingredients sitting in a clove of garlic?"

The answer to that question, it seems, is that it's just a clove of garlic, sitting there, sharing none of its fungus-fighting properties but producing some pungent smells. No evidence, neither research-based nor anecdotal, suggests that shoving a clove of garlic into the vagina cures it of a yeast infection, Nyirjesy said.

Another at-home yeast infection remedy the internet readily prescribes is tea tree oil, mixed into some kind of elixir and applied directly to the affected area. Medical professionals strongly caution against putting tea tree oil on or in your vagina — it's likely to make things worse.

"You should never try to self-medicate with homemade remedies like garlic or tea tree oil," Raquel Dardik, M.D., clinical associate professor at NYU Langone Medical Center's department of obstetrics and gynecology, told Prevention. "I've seen chemical burns from some of these internet suggestions, and a chemical burn inside of your vagina is not something I'd wish on anyone."

Alyssa Dweck, M.D., a gynecologist and Assistant Clinical Professor at Mount Sinai School of Medicine, agrees. "It's incredibly caustic and will cause a vaginal burn, so probably not okay," she told Self. If you have a yeast infection, your vagina is probably already feeling the burn — don't add fuel to that fire. Put down the tea tree oil.

What about putting yogurt on a tampon and then putting the tampon in your vagina? "No! Never! Don't do it!" Lauren Streicher, M.D., wrote on Dr. Oz's blog.

"Sometimes when people have a yeast infection and they feel like [yogurt on a tampon] is a more natural way to treat it," Dweck said. "Probably not a great idea. Bacteria and yeast love dark, moist places," she explained, which could in turn cause infection. Double infection.

Symptoms of a vaginal yeast infection include: itching; soreness; redness; burning during urination and/or sex; thick, lumpy, white discharge that resembles cottage cheese. People whose yeast levels get out of hand may not have all of those; they may actually be showing symptoms of bacterial vaginosis, an infection resulting from the overgrowth of vaginal bacteria that may also cause burning, itching and pain. The only way to know what's going on for sure is to have a health care professional check it out or use an over-the-counter testing kit. Then, the doctor's office can prescribe treatment to pull you out of your yeasty hell.