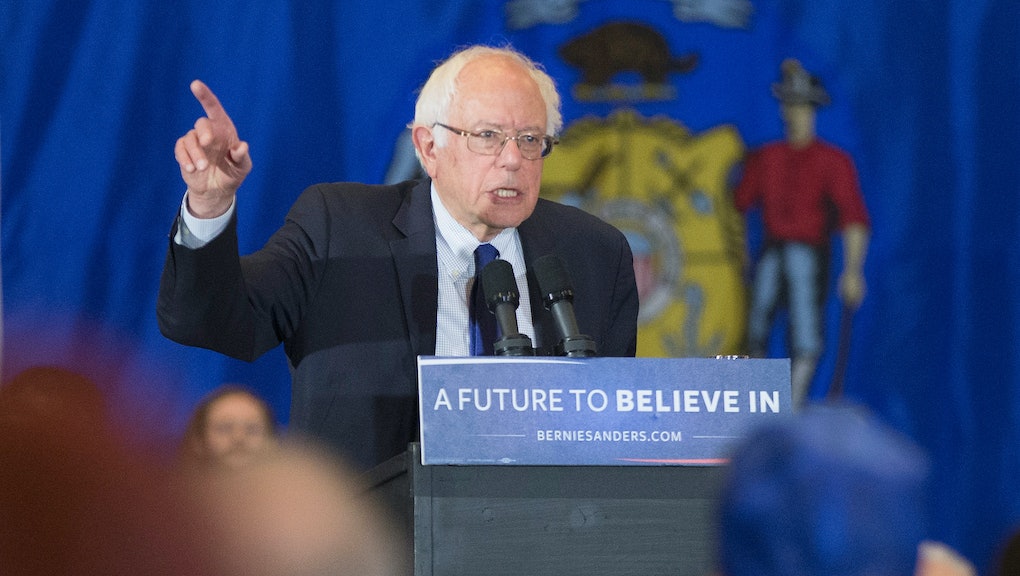 Bernie Sanders on Panama Papers: Watch Senator Warn U.S. of Scandal Back in 2011

As the world continues to reel from the fallout of the Panama Papers revelation, video has emerged showing that Bernie Sanders may have called the whole thing back in 2011.

In October of that year, Sanders took to the Senate floor to raise questions about the U.S.-Panama Trade Promotion Agreement, which he said was little more than a giveaway to large corporations and wealthy Americans looking to hide their money.

"Panama is a world leader when it comes to allowing wealthy Americans and large corporations to evade U.S. taxes by stashing their cash in offshore tax havens," he said. "The Panama Free Trade Agreement would make this situation much worse."

So far, at least 200 U.S. passport holders have been connected to the Panama Papers, with much data still to be analyzed, McClatchyDC reported.

Despite Sanders' warning, the free trade agreement with Panama went forward with the support of President Obama — and his secretary of state, Sanders' current Democratic rival, Hillary Clinton.

Obama's move to pass what had been a stalled Bush-era free trade pact was a sharp departure for a president who rode to office partly on a promise to make existing trade agreements more equitable. In his 2007-08 campaign, he memorably promised voters that he would renegotiate NAFTA, but renounced that idea almost immediately after taking office. As of 2014, the issue remained unaddressed.

The Panama kerfuffle will likely loom large when the two Democratic contenders meet in Brooklyn for their next debate on April 14.