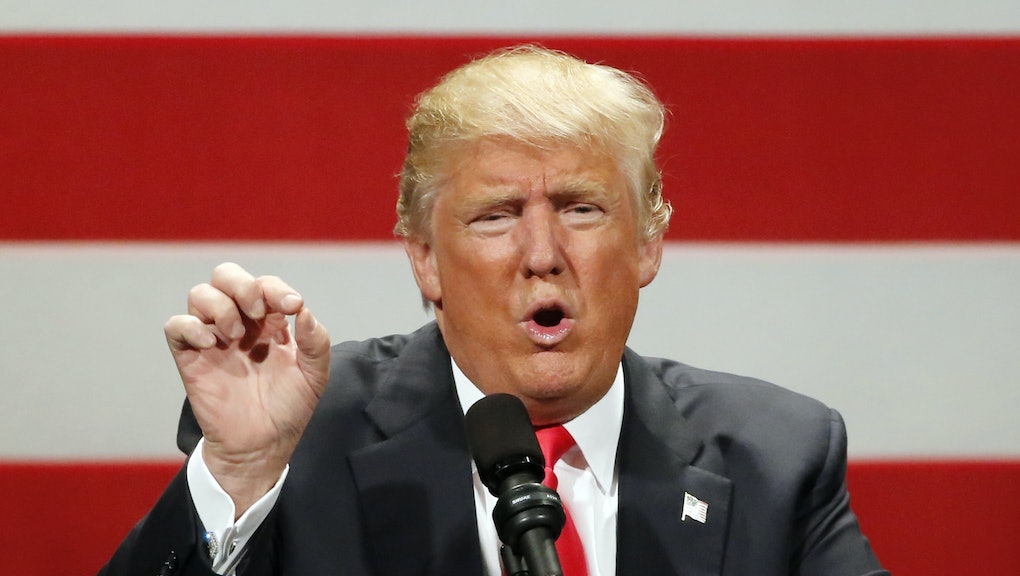 If Mexican President Enrique Peña Nieto won't personally deliver Donald Trump a multibillion-dollar check to fund a wall along the United States-Mexico border — as in a Saturday Night Live skit in November — the Republican presidential frontrunner has a back-up plan: halting remittances sent back home by Mexican immigrants living in the U.S.

Trump detailed the plan in a two-page memo provided to the Washington Post, which asked the billionaire businessman how he'd fulfill his promise to "make Mexico pay" for the 1,000-mile-long wall.

President Trump would give Mexico two options: "Make a one-time payment of $5 to 10 billion" or lose upwards of $24 billion in remittances each year.

Read more: This Bizarre Trump Video Was Probably Created by Trolls — But He Tweeted It Anyway

How would he go about cutting off such payments? Trump floated changing the anti-terrorism Patriot Act to restrict wire transfers through money transfer companies like Western Union, which migrants often use to send money back to their home countries.

"Trump is giving an extremely broad definition of this section of the Patriot Act and what it allows, and it'd surely be litigated," Stuart Anderson, executive director of the National Foundation for American Policy, told the Post. "It would be a large expansion beyond what the text reads."

A cutoff of remittances, if actually implemented, would have devastating effects on the Mexican economy. As the Associated Press noted, remittances and oil exports are Mexico's primary sources of foreign income, and data from the World Bank indicate that remittances accounted for 1.9% of Mexico's GDP from 2011 to 2015.

Trump's memo also highlighted other steps that his administration might take to force Mexico to fund the wall, including heightened trade tariffs and visa fees.

The memo's release marks the latest chapter in Trump's crusade against illegal immigration from Mexico, a centerpiece of his candidacy since he launched his presidential bid in June. During his announcement speech at Trump Tower in Manhattan, the real estate tycoon railed against Mexico for sending "drugs," "crime" and "rapists" to the U.S. — remarks which drew sharp rebukes from Latino advocacy groups and many of Trump's business partners.