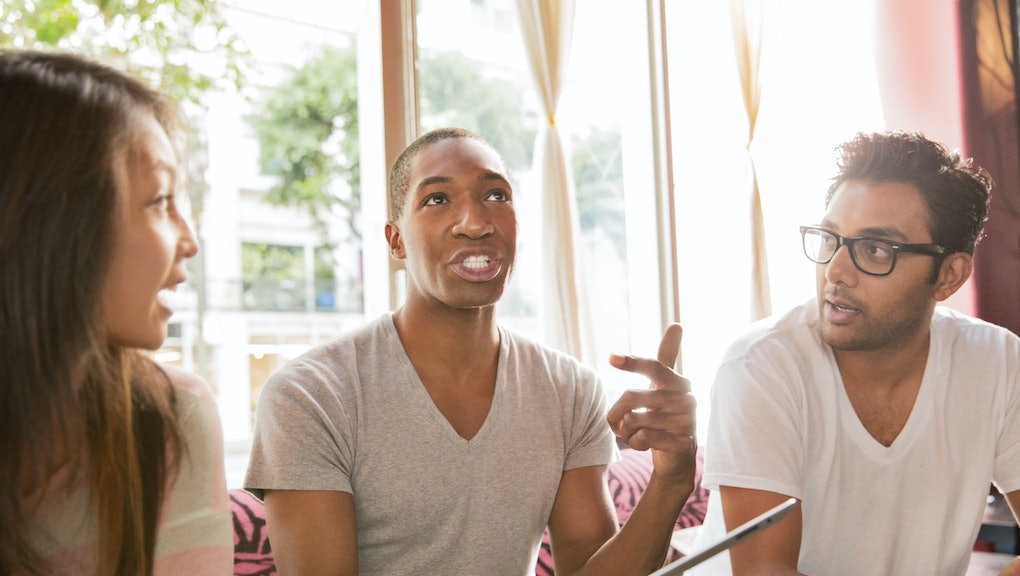 The increasing prominence of ideas like "safe spaces" and "trigger warnings" on college campuses nationwide have prompted concerns from critics that the current generation of students display an unusually weak commitment to free speech.

But a new survey released on Monday of college students sponsored by the Knight Foundation and the Newseum Institute suggests that they represent a decidedly mixed bag on the issue of free discourse, generally favoring open-mindedness and free speech with specific exceptions, and in some instances supporting a right to offensive speech more aggressively than the general population.

According to the survey, when asked to choose, 78% of college students believe that "colleges should strive to create an open learning environment that exposes students to all types of speech and viewpoints, even some that are biased or offensive toward certain groups of people," while 22% believe "colleges should create a positive learning environment for all students that would be achieved in part by prohibiting certain speech or the expression of views that are offensive or biased against certain groups of people."

While substantial majorities of all college student subgroups favor openness over a positive environment with restrictions, some are more likely to favor it than others. Men, whites, Republicans and independents are more inclined to choose the college-as-open-learning-environment response.

The survey also polled a representative sample of U.S. adults and found that they were in fact less supportive overall of the open environment response — only 66% chose it.

Exceptions: While college students overwhelmingly support the idea of college as an environment that should expose them to all kinds of ideas, substantial portions of those polled do think that colleges should be allowed to restrict certain types of expression.

"Roughly two-thirds of college students say colleges should be allowed to establish policies that restrict slurs and other language that is intentionally offensive to certain groups (69%), as well as the wearing of costumes that stereotype certain racial or ethnic groups (63%)," the report states.

The distaste for slurs, however, doesn't carry over into similar levels of support for clamping down on unsavory political ideologies.

Nearly three-quarters of college students say colleges should not be able restrict "speech expressing political views that may upset or offend members of certain groups," while 27% support such limits.

Divergences on the issue of limiting the expression of offensive political views differ a bit among college student subgroups, with blacks and women most likely to favor restriction.

On the matter of whether campuses today are hospitable to free speech, a majority of college students seem skeptical. The survey finds that 54% of college students say "the climate on their campus prevents some people from saying things they believe because others might find them offensive."

First Amendment purists needn't be too alarmed by the responses — surveys have documented time and time again that while Americans of all ages say they support free speech and robust protections for the press in the abstract, they believe that certain kinds of speech merit exception. Ultimately what matter more than the formally stated views of young people today are the kinds of attitudes toward political and intellectual openness that they cultivate in practice.