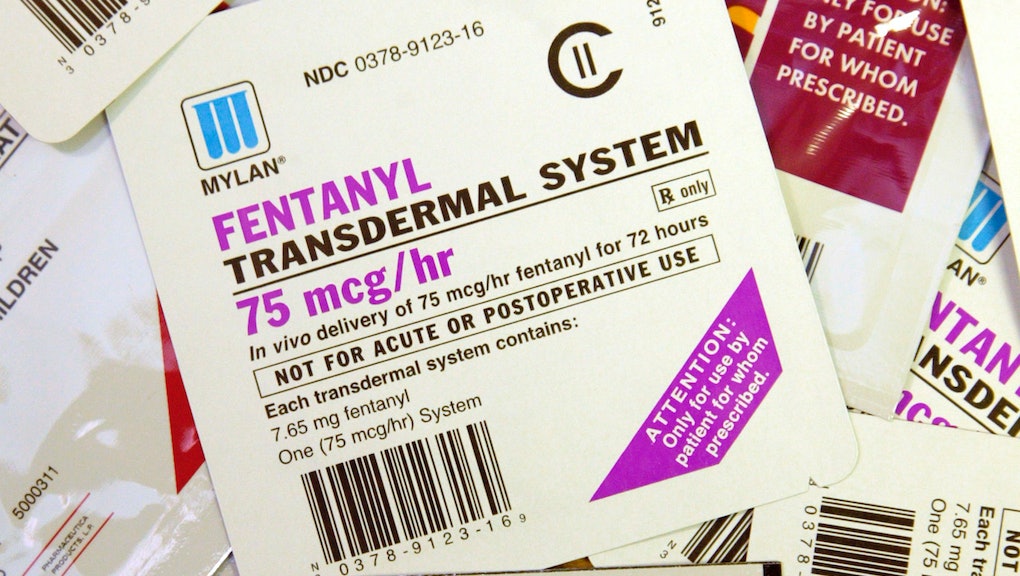 The powerful, deadly drug fentanyl has just been linked to 10 deaths in 12 days in the Sacramento area. Earlier this year, that same drug was linked to at least 19 deaths in 11 days in New York's Erie County and 19 deaths in a few months in Milwaukee.

Fentanyl is a synthetic opioid used as a painkiller and an anesthetic — and the most potent opioid available for use in medical treatment, according to the Drug Enforcement Agency.

"Fentanyl works just like all other opioids but it is substantially more potent, meaning it takes less to get a comparable effect," Dr. Lewis Nelson, professor of emergency medicine and toxicology at NYU Langone Medical Center, said in an emailed statement on Tuesday.

Most fentanyl-related deaths involve "non-pharmaceutical fentanyl," which refers to fentanyl and fentanyl compounds manufactured illegally and sold on the drug market, according to the Centers for Disease Control and Prevention. Illicit fentanyl is commonly used to lace heroin — a dangerous combination linked to 74 overdoses in 72 hours in Chicago last fall.

Jerome Butler, one of the 10 recent fentanyl victims in Sacramento, overdosed on a fentanyl-laced pill disguised as a generic opioid, according to CBS News.

Fentanyl is often to used to lace pills like oxycodone, Nelson said.

"The fentanyl can be added to heroin or pills to improve the high, reduce the cost, or deceive the user," Nelson said. "Regardless, there is no quality control on the amount added, and the risk of using these adulterated drugs is very high."

It's on the rise.

The DEA issued a nationwide alert about the dangers of fentanyl in March 2015.

"Drug incidents and overdoses related to fentanyl are occurring at an alarming rate throughout the United States and represent a significant threat to public health and safety," former DEA Administrator Michele M. Leonhart said in a statement.

A few months later, the CDC issued its own fentanyl warning, advising health care professionals and law enforcement on how to best detect and prevent fentanyl-related overdose deaths. It also called for increased availability of naloxone, the opioid overdose reversal drug.

Leonhart promised the DEA would "continue to address this threat by directly attacking the drug-trafficking networks producing and importing these deadly drugs." That was in 2015. If the dozens of recent fentanyl-related deaths are any indications, the agency still has work to do.

This isn't the first outbreak.

Another non-pharmaceutical fentanyl epidemic exploded across the U.S. between 2005 and 2007, ultimately resulting in 1,013 deaths, according to a CDC report. "Most of the implicated NPF was mixed with heroin or cocaine, sold as a street drug and used as an injection," the report said.

That particular fentanyl epidemic was traced to a single lab in Mexico, according to the DEA. "When that lab was identified and dismantled, the surge ended," the agency stated.