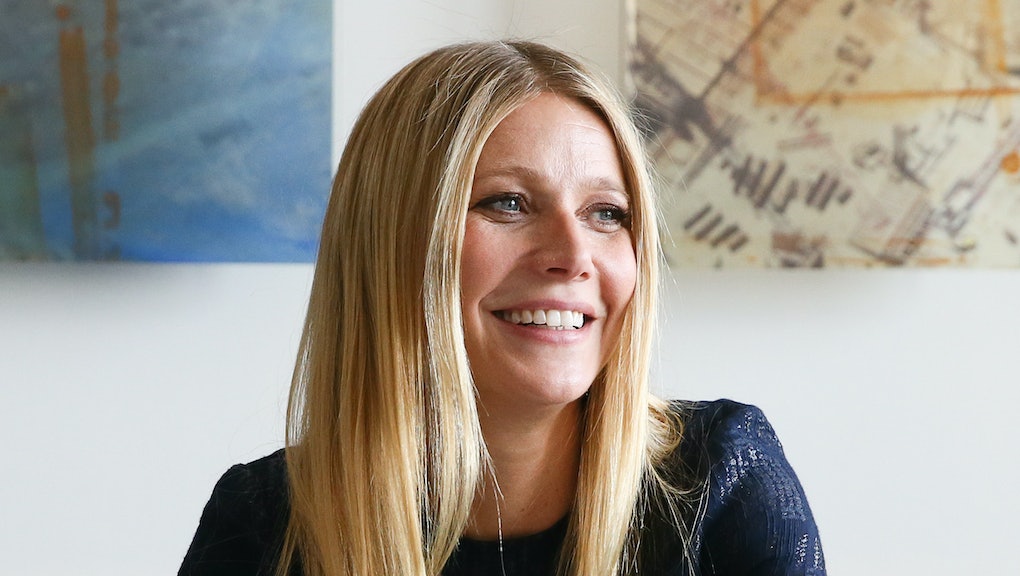 No, Gwyneth Paltrow, You Don't Have to Get Stung by Bees in the Name of Beauty

Gwyneth Paltrow may single-handedly be destroying the environment.

In a New York Times article published on Monday, Goop's fearless leader revealed she will do literally anything to be the female Benjamin Button — including getting stung by actual bees.

Read more: Gwyneth Paltrow's Breakfast Smoothie Is the Worst $500 Anyone Could Spend

"Generally, I'm open to anything," she told Times reporter Bee Shapiro in reference to her beauty rituals. "I've been stung by bees. It's a thousands of years old treatment called apitherapy. People use it to get rid of inflammation and scarring. It's actually pretty incredible if you research it. But, man, it's painful."

We're imagining it looked a little something like this:

For once, we decided to take Paltrow's advice (no, not literally) and do some digging ourselves. Turns out, like with everything she has ever told us to do: Getting stung by bees is unnecessary.

The dictionary definition of apitherapy is the use of medicinal products made by honeybees. That means that apitherapy is not necessarily getting surrounded by a swarm of bees, hoping for the fountain of youth. It means using something like this bee venom mask or this cream. It means slathering this stuff all over your skin and hoping for the best. It does not mean waiting for a bee to fly around, land on your face and sting you, Gwyneth.

Also, this hasn't been backed by scientific or medical evidence, just so you know.

Unfortunately, she's not the first one to go way, way overboard with this. In an Associated Press article from 1997, Paltrow's preferred form of torture is described thusly, "Pluck a honeybee from a jar, hold it to your skin, and let it sink its stinger into your flesh. First it stings like Hades. Then it itches. Then comes soothing relief from pain."

To Paltrow's credit, bee venom alone may be enough to achieve eternal agelessness. According to dermatologist Jeannette Graf, a bee's venom may actually be nature's Botox. In 2011, Graf told Allure that the venom is anaphylactic, meaning that it has the ability to temporarily relax facial muscles and improve circulation.

And as our frenemy Gwyneth pointed out, it could actually help rid of inflammation. However, this is still all very suspect since the idea of a bee basically injecting Botox into your face with its butt is terrifying, and though a proven anaphylactic, not scientifically shown to really do anything at all. In that case, why not buy a $5 mask and hope for the best, right?

Also, if Paltrow tells you, "Man, it's painful," then yeah, man, this is painful. She is, after all, the person who promoted cupping in 2004.

Lastly, in this breakdown of why Gwyneth Paltrow, 43, needs to find her chill: We must talk about how she may single-handedly be ruining the environment. Since we don't know every detail of her bee excursions, we of course can't be sure. But consider this: The bees are dying.

If Paltrow is getting stung by honeybees, which can die after stinging, she herself could be the one behind it all. In the Associated Press article, it does actually say that they use honeybees, so, naturally, our conclusion is this: Gwyneth Paltrow is decimating the world's bee population.

At least now we know.