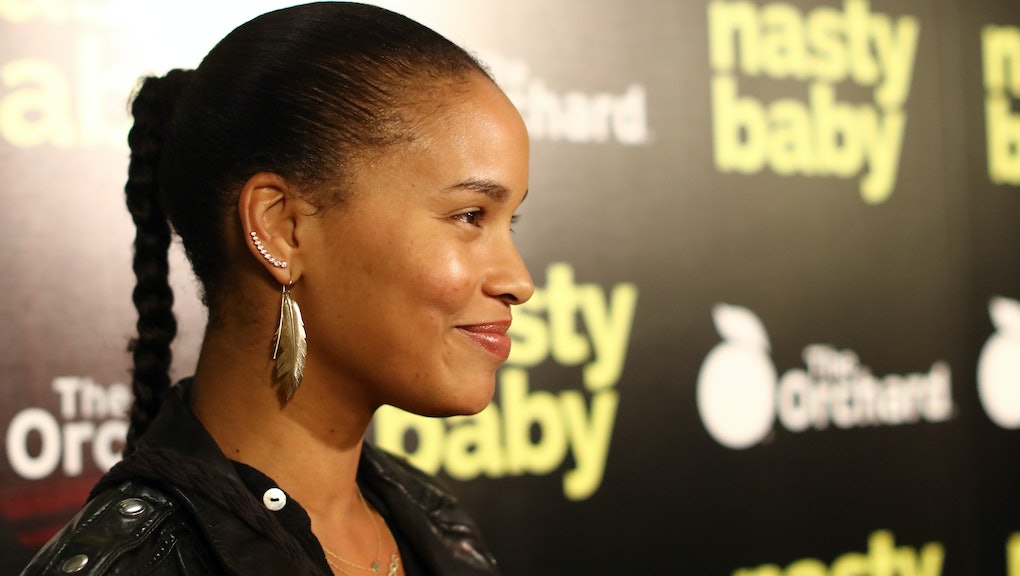 Former Parenthood star Joy Bryant might have played a mom on TV, but it's not a role that interests her in real life. So she's asking everyone to kindly shut the fuck up and stop asking her why she doesn't want to have kids.

In a new essay for Lenny, Lena Dunham's email newsletter, Bryant joins a growing chorus of women who don't want kids and are rightfully "really fucking annoyed" that family, friends and strangers at the hot dog stand keep asking when they're going to change their minds.

"It doesn't matter how great my résumé is or how many glowing recommendations I receive," she wrote. "I don't need to be a mother in order to be fulfilled in my life. I am choosing to put my life energies into pursuing all that my heart desires: designing clothes, writing, traveling, developing projects to produce."

Bryant also added that, while she appreciates how important being a mother is, "motherhood, in all its beautiful significance, is a job I do not want."

"I wouldn't be surprised by the anti-woman rants and actions of knuckle-dragging male conservatives who may judge my decision not to have kids," Bryant writes. "I am surprised, however, by people — often female people — who should know better than to question or comment on a woman's choice, and my choice is not to procreate."

Bryant is not the only woman in Hollywood to go on the record saying she doesn't want children. Celebrities like Cameron Diaz, Kim Cattrall and Jennifer Aniston have spoken openly about the censure they've faced for their decision to forego parenthood, as well as their annoyance at constantly being labeled "selfish" for their decision.

"There's all sorts of reasons why children aren't in people's lives, and no one has the right to assume," Aniston told Allure in 2014, adding that asking a woman why she doesn't have children is "quite rude, insulting and ignorant."

It's particularly galling given how increasingly common the decision to not have kids is. According to data from the Urban Institute, birth rates among women in their 20s declined over 15% between 2007 and 2012. But that hasn't stopped total strangers from commenting on women like Bryant's reproductive status.

In her Lenny essay, Bryant sums up the most common responses she gets when she says she doesn't plan on ever becoming a mother. Explaining why reasons like "Your biological clock is ticking!" and "Your kids would be pretty!" are all baseline inappropriate, Bryant also summarizes why they're just not compelling.

In short, what works for one woman might not necessarily work for another.

"Other than air, food and shelter, what's good for you is not necessarily what's good for me," Bryant writes. "Your life goals are not the same as mine. And in the immortal words of the poet Jay Z, what you eat don't make me shit."