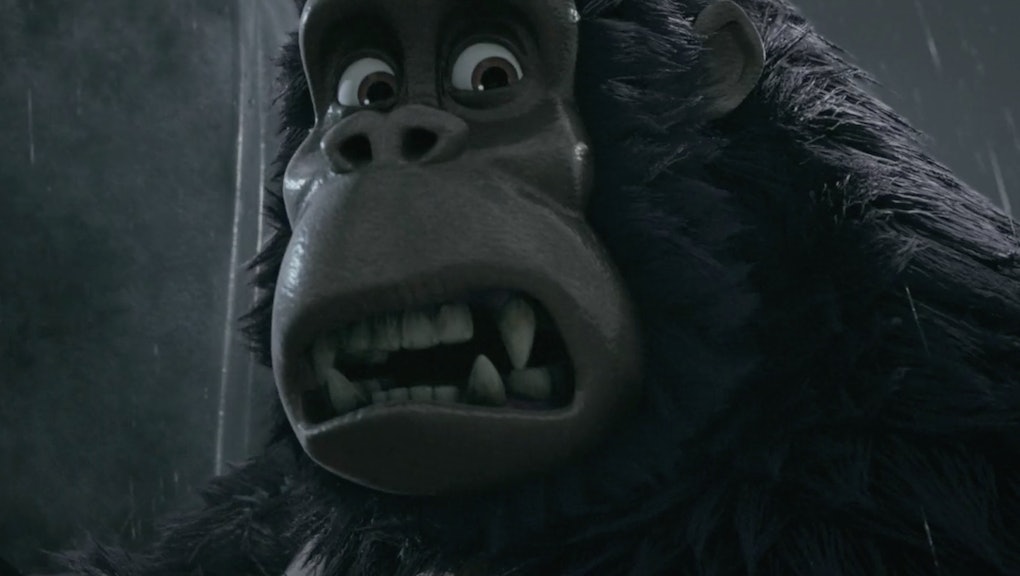 Netflix will premiere its new original animated series Kong: King of the Apes on April 15. Entertainment Weekly reported Avi Arad — veteran producer behind films such as Iron Man, Blade and many of the Spider Man and X-Men films — will helm the series with 41 Entertainment, the animation studio behind another forthcoming Netflix original animated series, Edgar Rice Burroughs' Tarzan and Jane.

According to a Netflix press release, Kong is a "modern take on the classic King Kong story."

Set in 2050, Kong is still the strongest creature ever born with many human traits that make him the ultimate iconic hero. In 'Kong,' the future looks bright for San Francisco's Alcatraz Island since its transformation into the most impressive natural history and marine preserve on the planet. But when the star attraction suddenly goes ape and Kong becomes public enemy No. 1, the villain that framed him is free to unleash an army of gigantic robotic dinosaurs on the unsuspecting world. Ironically, Kong is the only force formidable enough to stop these superpowered dinosaurs and the evil genius manipulating them. But Kong is now the world's most hunted fugitive. Fortunately, there are three young humans who know the truth and are willing to risk their lives to help Kong evade capture, while he battles to save humankind.

EW's Lindsey Bahr reported Kong will have an unorthodox format; the first episode will be more akin to a feature film, and the remaining 12 episodes will follow a half-hour-episode format.

You can watch the full trailer at 41 Entertainment's website.