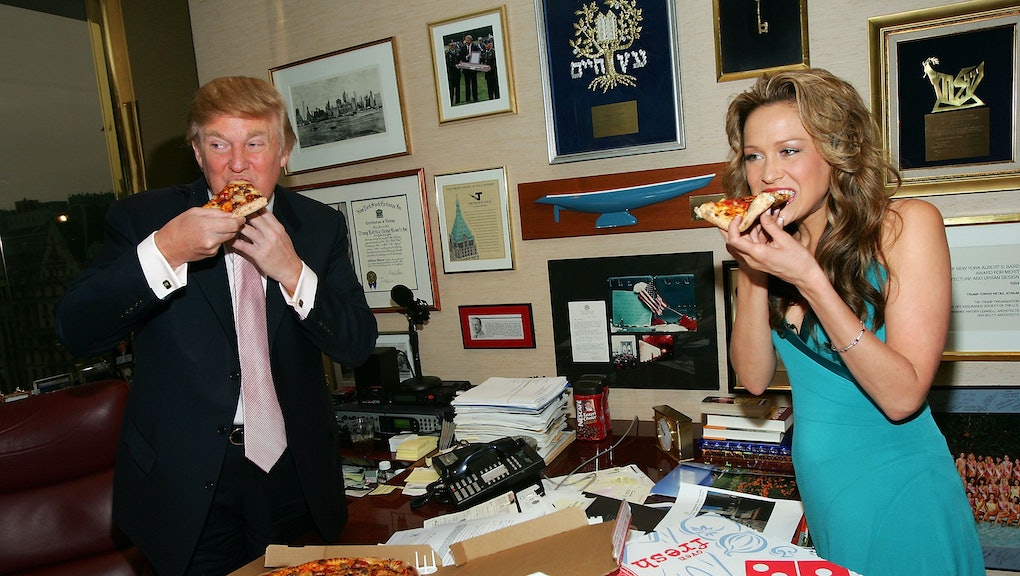 Facebook's Accessibility Feature Can Identify Pizza — But Not Donald Trump

Before artificial intelligence kills us all, it's going to identify your #foodporn on Facebook.

Facebook just announced its automatic alternative text feature, which uses AI-powered object recognition technology to identify items in a photo for people who are blind or visually impaired. While this is a big move toward creating a more accessible experience, it is "just the first step," a Facebook representative said in a phone call Tuesday.

"Social media can be exclusive — it's so visual," the spokesperson explained.

Facebook has been working on this automatic alt-text product for just under a year. As it stands, it can identify objects that are commonly shared on Facebook — like a car, boat, train, tree, sky, sun, basketball, ice cream, coffee, baby or selfie (naturally).

What it can't yet identify are public figures.

For example, if a person with impaired vision is scrolling through his or her feed on Super Tuesday and comes across an image with the text "won in a landslide," he or she wouldn't be able to identify the person in the photo as Donald Trump.

"We have ambitions to make this a much more robust product," the spokesperson said.

Why can't it identify people? That's because the degree of precision to identify figures isn't there yet, and Facebook doesn't want to "create a negative experience."

"Donald Trump would be happy for any of us to know he won a primary," the Facebook spokesperson said, but added that the team is trying to be thoughtful toward people in advocacy groups, waiting until the feature has a high degree of precision for facial recognition before rolling it out to the users.

This is a huge milestone in Facebook accessibility as the social network positions itself as a prominent news source, competing with Twitter over the attention of all users. Facebook's announcement comes closely on the heels of Twitter's similar accessible images announcement.

The era of equal access to information is coming. It'll just take some time before we can transcend pizza and #FeelTheBern.