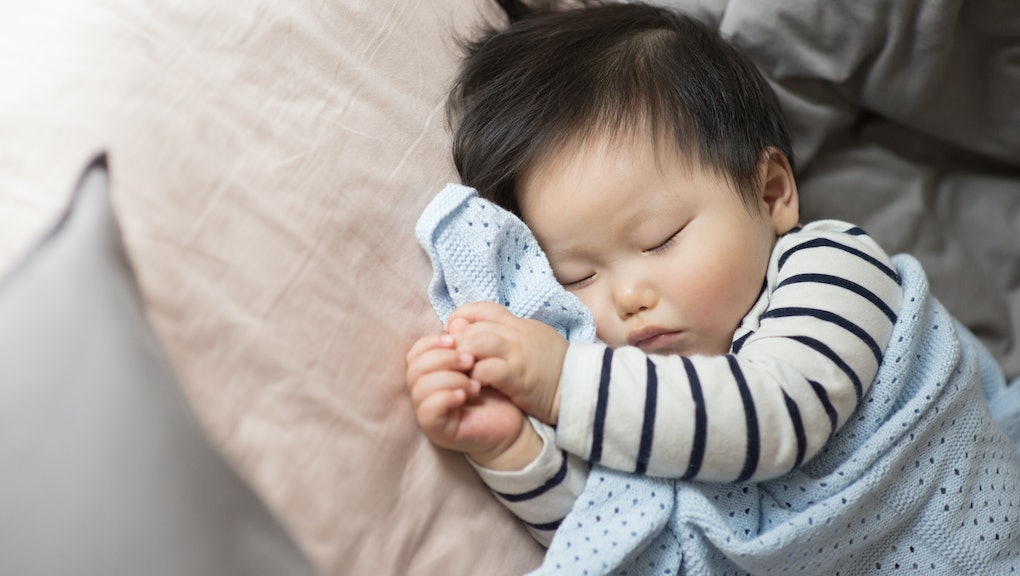 We've long known that bilingual kids are smarter than those of us who grew up speaking one language. But a new study shows that children as young as 11 months are capable of learning two languages, and moreover, those who do grow up multilingual show more brain activity in areas that are responsible for problem-solving, attention redirection and other important functions.

Researchers at the University of Washington's Institute for Learning and Brain Sciences tested a group of 16 11-month-old babies, half of whom were raised with solely English speakers. The other half grew up with both Spanish and English spoken in their respective households.

The experiment: First, the researchers tracked the shape of the baby's head using a hat and a digitizing pen.

The children were then nestled inside a brain-imaging helmet, where they listened to a series of "da" and "ta" sounds that reflected both English and Spanish languages.

Higher-functioning brains: Especially interesting is a finding that bilingual babies had more activity in their prefrontal and orbitofrontal cortexes. These areas of the brain are associated with executive functions like personality, decision-making and other complex cognitive tasks.

"Our results underscore the notion that not only are very young children capable of learning multiple languages, but that early childhood is the optimum time for them to begin," the study's lead author, University of Washington research scientist Naja Ferjan Ramirez, said in a statement.

"Our results suggest that before they even start talking, babies raised in bilingual households are getting practice at tasks related to executive function," said Ramirez. "This suggests that bilingualism shapes not only language development, but also cognitive development more generally."