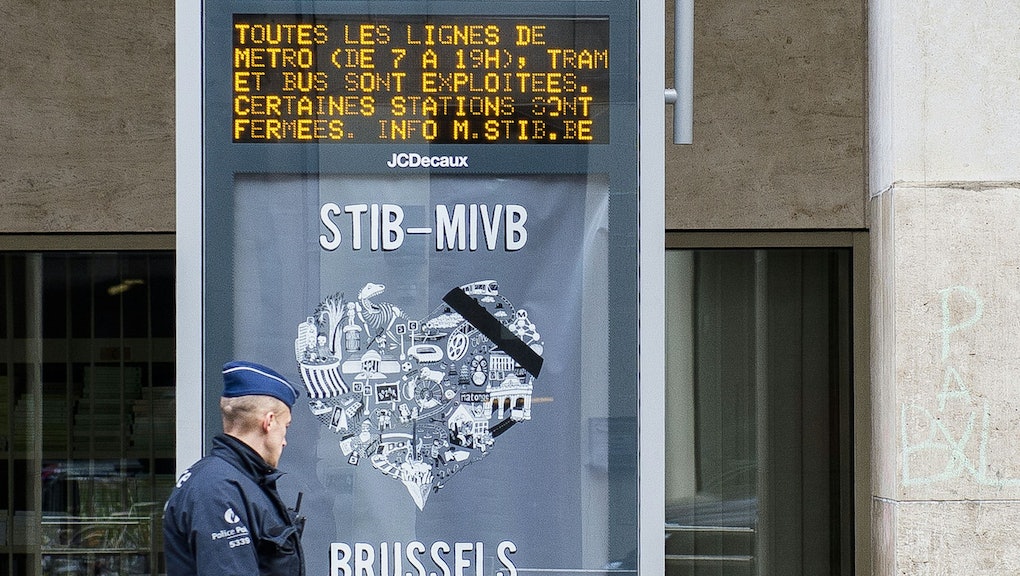 A group linked to the Islamic State group, the international jihadist organization also known as ISIS that claimed responsibility for the March 22 attacks in Brussels that killed at least 34 people, has issued a threat to do the same in London, Berlin or Rome.

The Independent reported a group called Al Wa'ad Media Production — identified as an ISIS supporter by sources in Raqqa, Syria — produced a video titled "Fight them, Allah will punish them by your hands" that says, "Kill [infidels] wherever you find them."

"If it was Paris yesterday, and today in Brussels, Allah knows where it will be tomorrow," the English-speaking narrator continues, according to the Independent. "Maybe it will be in London or Berlin or Rome."

Such threats are fairly routine for ISIS: Earlier the group warned of violence to come in Spain and the United Kingdom, which the Independent reported added to "ISIS' doomsday narrative." In March, one ISIS video used the image of Republican presidential frontrunner Donald Trump.

In addition to Brussels, attacks tied to ISIS rocked Paris in November, killing about 130 people. Shortly after, ISIS praised two shooters for attacking a holiday party in San Bernardino, California, and killing 14 people.

Following the attack in Brussels, continual raids by Belgian police have resulted in the arrest or death of several suspected of committing the acts, including three linked to a plot to attack Paris. While the group is losing ground in its territories in Syria, authorities are unsure whether those territorial losses are a sign ISIS is losing the war or preparing for larger sieges of major ISIS-held cities like Mosul and Raqqa, according to the Daily Beast.