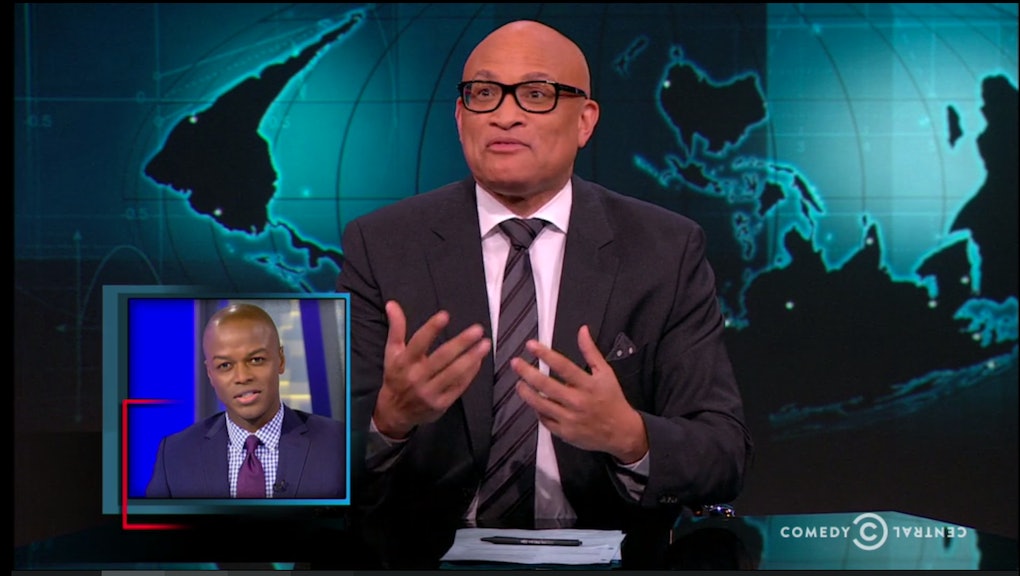 Confederate Heritage Month is actually a thing being commemorated in Mississippi, a fact that hasn't gotten past Larry Wilmore. That said, it doesn't mean the host of The Nightly Show isn't pissed off that this is happening in the red state.

"This is surprising because I assumed that in Mississippi every month is Confederate Heritage Month," Wilmore says.

Even more damning is Mississippi Gov. Phil Bryant's defense of the issue, whose office released a statement saying he thinks the "state's history deserves reflection regardless of how unpleasant or complicated parts of it may be." Though again, the term "unpleasant" doesn't seem to suit a comparison to slavery — rather, as the late night host notes, it sounds like a belittling characterization of a serious blight to humanity.

"Slavery was unpleasant?" Wilmore says. "No, slavery's not humidity. 'Man, this slavery is rather unpleasant today. It's so sticky.' Listen guys, the South lost. Why are we still dealing with this bullshit?"

Amazingly, Wilmore was in agreement with Confederate Gen. Robert E. Lee, who Wilmore points out had told his followers to stow away the flag and keep it in their attics. Perhaps Bryant and the other supporters of Confederate Heritage Month should do the same, Wilmore posits.

"[Lee] brings us to a new segment called 'Things I Never Thought I'd Say': I agree with the Confederate general," Wilmore says.

Check out the full segment from Monday's show here.