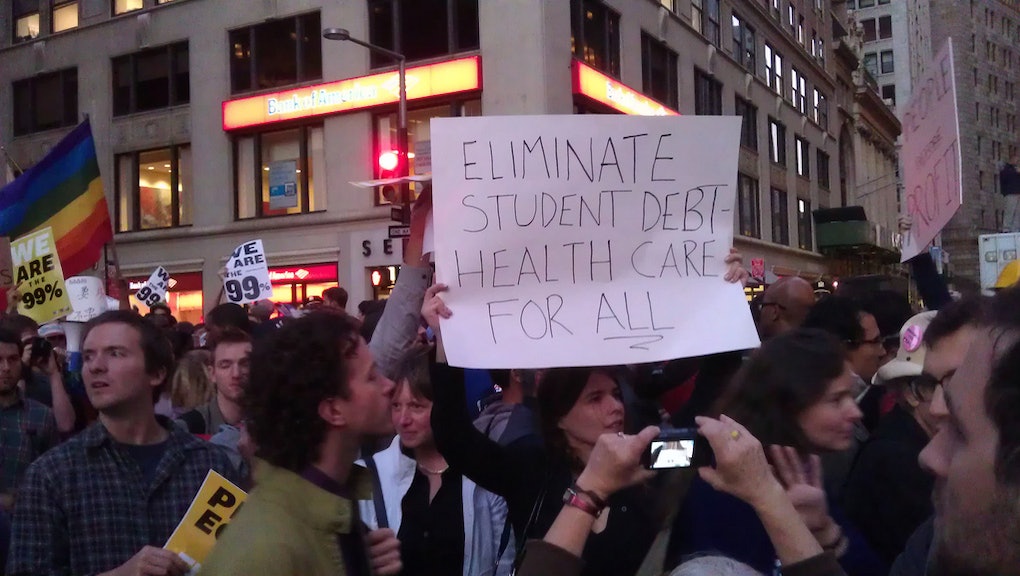 The student loan debt crisis has continued to form into a nationwide bubble. For now, recent graduates are living in limbo and facing exorbitant interest rates, which some presidential candidates wish to fix. Graduating high schoolers, meanwhile, are looking at joining a broken system, or being forced to avoid enrolling in school altogether.

President Barack Obama's tuition-free community college plan will surely soften the burden for some new students hoping to avoid college debt, but student loan debt is still a major cause for concern for anyone who's already graduated from school or looking to attend a four-year university.

Here are nine facts that reveal just how shocking the student loan debt crisis has become over the years.

1. Public college tuition in the United States was 3.22 times more expensive compared to 1985 adjusted for inflation.

2. Meanwhile, the cost of college textbooks has seen a 1,041% increase since 1977 — three times the rate of inflation.

3. The average American student graduates with enough money in student loan debt to buy a Tesla 3.

One expert said more than 25% of those students almost definitely won't be able to afford the burden, according to a guest column in Time.

"The population with student loans is actually greater than the entire population of Canada, Poland, North Korea, Australia and more than 200 other countries," the Huffington Post noted at the time.

8. For the 7 million Americans who defaulted on their student loans in 2014, they may have become ineligible for certain government jobs, according to the Huffington Post.

9. The student loan debt crisis has prevented millennials from spending on many other life milestones.

Cars and houses have become far-off dreams for millennials, a delay in consumerism that could ultimately have huge impacts on the American economy.