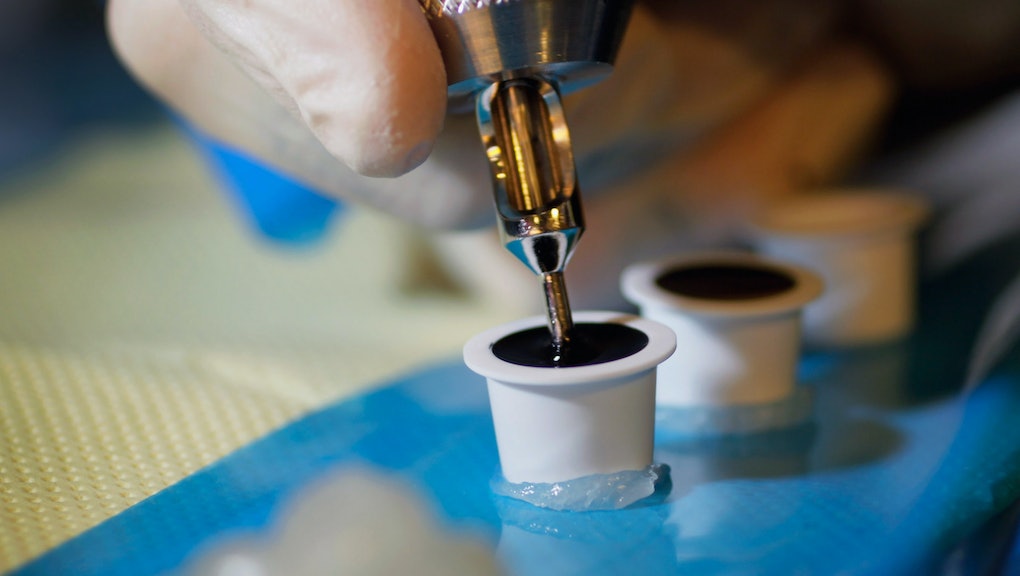 InkHunter App Uses Augmented Reality To Let You Tattoo Yourself

Other than pain, the possibility of regret over a new tattoo is one of the main reasons that many people hesitate before sitting under the needle. InkHunter is a new app that wishes to address that fear, using algorithms and augmented reality to show users realistic depictions of their future ink, Nylon reported.

To painlessly test out the tattoo, users just draw a smiley face on their desired body part to identify the location of their desired tattoo, the Daily Dot reported. Then, the user can tilt the screen and see the tattoo from all angles. Users can choose their virtual ink from the app's gallery or upload a sketched piece.

The app uses algorithms to turn the potential tattoo into a transparent that overlays on the skin. The smiley face creates four points for the app to create perspective when placing the tattoo on the skin, Oleksandra Rohachova, InkHunter's CEO, told the Daily Dot.

The app was created by a team of four college students who participated in a hackathon. They released a beta version of the app in the fall, and a new and improved version is now available on Apple's App Store.