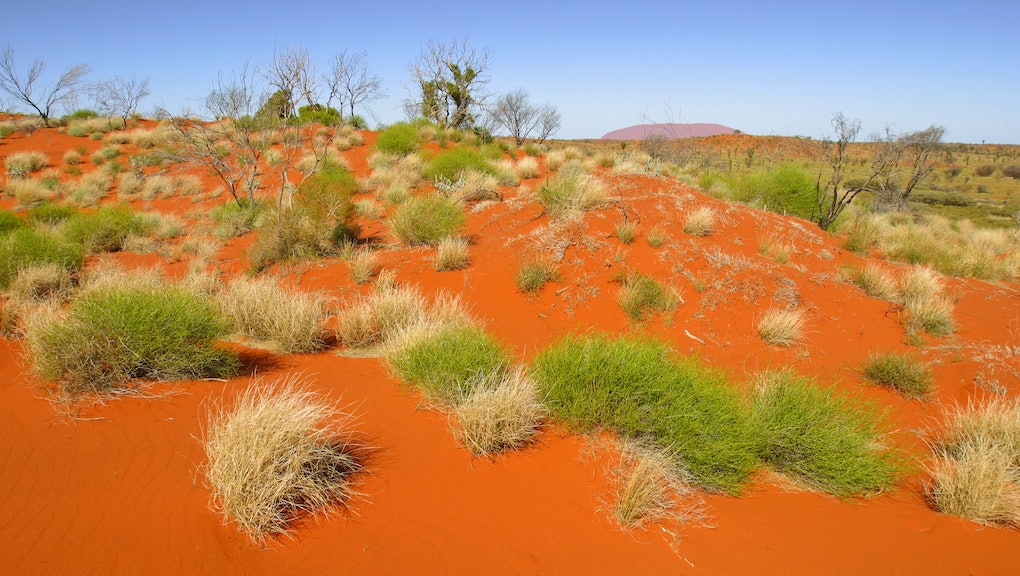 Grass (from the ground) is hot right now. Gwyneth Paltrow consumes only grass-fed beef and grass-fed poultry. Other people like to drink wheatgrass shots. Some men actually are grass, according to the Bible.

So really, it was only a matter of time before someone thought to start using grass as a form of sexually transmitted infection prevention and birth control. And it might actually work — a special type of grass in Australia is reportedly being used to make "the world's thinnest, strongest" condoms.

Is there anything grass can't do, really?

Folks over at the University of Queensland are so into the consistency of spinifex grass that they have hired scientists to turn it into condoms. Spinifex grass is found in the deserts of Central Australia and contains nanocellulose, a substance that, when added to latex, can make condoms 30% thinner, as Mic previously reported in February.

"The great thing about our nanocellulose is that it's a flexible nano-additive, so we can make a stronger and thinner membrane that is supple and flexible, which is the Holy Grail for natural rubber," University of Queensland professor Darren Martin said in a press release at the time.

When found in the wild, spinifex grass is often described as "tough and spiky." While this in itself doesn't sound very dick-friendly, apparently the grass gets broken down before actually becoming a condom. Martin said that a condom made from the grass might even end up being "as thin as a human hair," he told Pink News.

People tend to hate on condoms for making sex less pleasurable, so scientists have been trying to develop a thinner, more improved version of the condom for ages. Past attempts at creating the perfect prophylactic include collagen condoms, electric condoms (ouch!) and even spray-on condoms.

If this new grass condom does actually end up panning out, perhaps it will prove that advanced technology can't solve every problem. As quirky crooner Jason Mraz might say, sometimes you just have to go back to the earth.