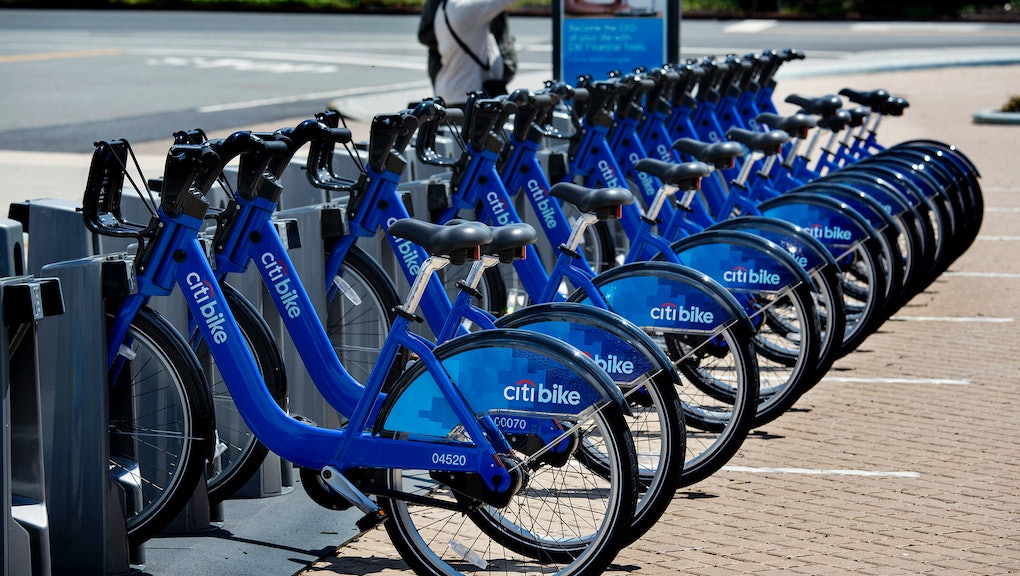 But according to a new study from the Mineta Transportation Institute, it could actually be safer than it sounds. In the Institute's March report, four authors from San José State University found that bike-sharing programs, like New York City's Citibike, have been responsible for exactly zero fatalities.

Read more: Here's What a City Would Look Like With No Cars — Just Bikes

The study floats a few possible reasons for the disparity: First off, most bike-sharing bikes are made to be brighter and more visible to drivers on the road. They're also heavier and sturdier which not only means cyclists are less likely to try any risky maneuvers but, at least in the case of the Bay Area Bike Share System bikes, that the bikes can more easily handle potholes, train tracks or other grooves in the road.

But while bike-share is guaranteed to keep you safer on the street, you might not be able to be quite as free-wheelin' as Broad City's Abbi Abrams. And also maybe wear underwear.