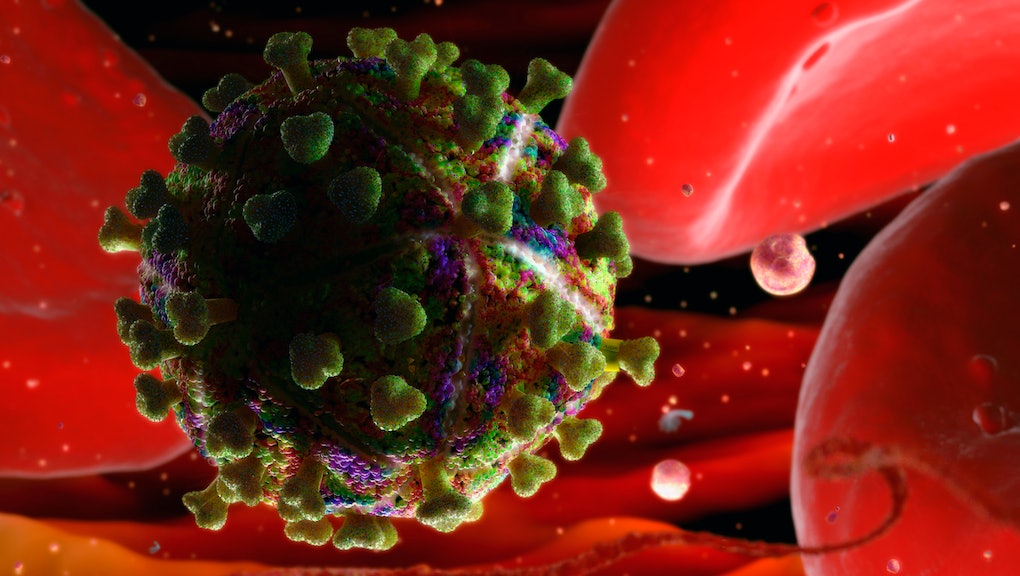 An HIV vaccine could finally be on its way, thanks to the discovery of an immature antibody.

The research, published Tuesday in the journal Immunity, was a collaboration between five teams in three countries. It involved discovering an odd antibody in a Chinese patient whose immune system could fight against the virus.

The antibody looked a lot like the well-known VRC01 antibody, known to "broadly neutralize" HIV by mimicking an immune-system interaction in your body. It wasn't fully developed, so the researchers called it a "teenage" antibody — only instead of having a pimply mustache and a sulky attitude, it offered a look into how the immune system builds its shields.

"There was something a little bit weird about this antibody," Jiang Zhu, a biologist from the Scripps Research Institute and co-senior author on the study, said in a statement.

Read more: Thanks to CRISPR Gene Editing, Scientists Could Knock HIV Out of Our Vocabulary

What makes HIV so hard to fight: The human immunodeficiency virus is such a challenging disease to battle because not only does it mutate, making it hard to pin down and treat, but it has a wickedly sophisticated defense system. HIV makes a protein called Vif, which can disable a protein in your body that, in other cases, breaks a virus down in order to better attack it — a divide and conquer technique. When Vif stops that break-'em-up protein from pulling out parts of the HIV's genetic code — like defensive, weaponized gene editing — HIV can keep growing.

Because of that, traditional methods of building vaccines won't work. You have to "reverse-engineer" a cure using what's known about HIV and past antibodies that have fought against HIV, according to Zhu. Those antibodies are extremely rare.

But finding this "teenage" antibody meant seeing your body's immune system still in progress and not in its final, matured form, offering a rare look at how the body builds its defenses. It was as if the patient had started the team's reverse-engineering research already.

The research team — a mix of scientists from the Scripps Research Institute, the University of Maryland, the Chinese Center for Disease Control and Prevention, Peking University and Nankai University — has been studying the donor's samples for over five years (since the antibody was a "toddler," according to Zhu). Like proud parents, the team watched the antibody develop from its origins to its adolescence to see how antibodies develop — and used that information to make a vaccine to evoke those antibodies.

The best part is that, contrary to previous studies that inferred decade-long development times for powerful VRC01 antibody traits, Zhu's donor showed results in one or two years — the kind of speed you need to fight HIV.

"As long as you have some of those VRC01 signatures, a teenage-stage antibody can become a killer for HIV," Zhu said. "This could be important for developing a universal HIV vaccine."

There's still work to be done before this discovery can lead to huge changes in how doctors handle HIV; an underdeveloped antibody doesn't sit flush with the mature ones, making it hard to neutralize the virus.

But by knowing how antibodies form their defenses, scientists are much closer to finding that universal vaccine, and that's huge news for the future of HIV/AIDS treatment. Score one for teenagers everywhere.