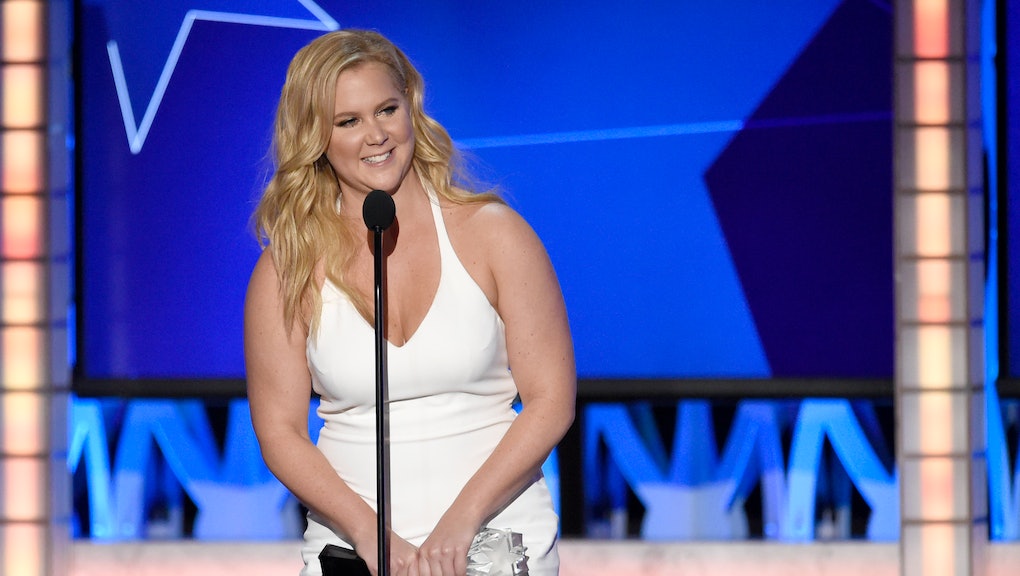 When Glamour magazine published its very own special "plus-size" issue with model Ashley Graham on the cover, it was considered a win. The stars highlighted in the magazine included actress Melissa McCarthy, songstress Adele and comedian Amy Schumer, who, according to the glossy's cover, are "Women Who Inspire Us."

But Schumer's not too happy about it.

On page 50 is a feature on Schumer written by her sister Kim that, according to the comedian, was placed in the special plus-size issue without her approval. But it's not just the lack of permission that's got Schumer peeved — it's the fact that at a size 6 or 8, she's considered plus-size at all.

"I think there's nothing wrong with being plus-size," she wrote on Instagram and Twitter Tuesday morning. "Beautiful healthy women. Plus-size is considered size 16 in America. I go between a size 6 and an 8. @glamourmag put me in their plus-size only issue without asking or letting me know and it doesn't feel right to me."

"Young girls seeing my body type thinking that is plus size?" she continued. "What are your thoughts? Mine are not cool Glamour not glamourous."

Given the typical starting point for most (non-designer) plus-size clothing is more like a 12 or 14, Schumer is right to claim she doesn't fall in the plus-size confines. Some commenters seem to have her back, saying that labeling a woman who is a size 6 or 8 plus-size is misleading and harmful to young women.

"Giving this classification to smaller sizes may send the message to young women that 'normal sizes' exist only in the sizes afforded to very thin women and may cause them to pressure themselves to fit into that category," one commenter wrote on Instagram.

Others, meanwhile, say that her inclusion in the magazine isn't about labeling her plus-size, but rather to highlight a woman who is body positive while not being completely and totally stick-thin.

"They may be wrongly placing you in that category, but you're just such a strong advocate for body types that aren't just thin," another commenter wrote.

Clearly, there's a debate to be had. Now all we have to do is wait and see if Glamour can provide her with a better explanation — or an apology.

April 5, 2016, 2:00 p.m.: Glamour's editor-in-chief Cindi Leive responded with a series of tweets on Tuesday, posted shortly after Schumer's own post: