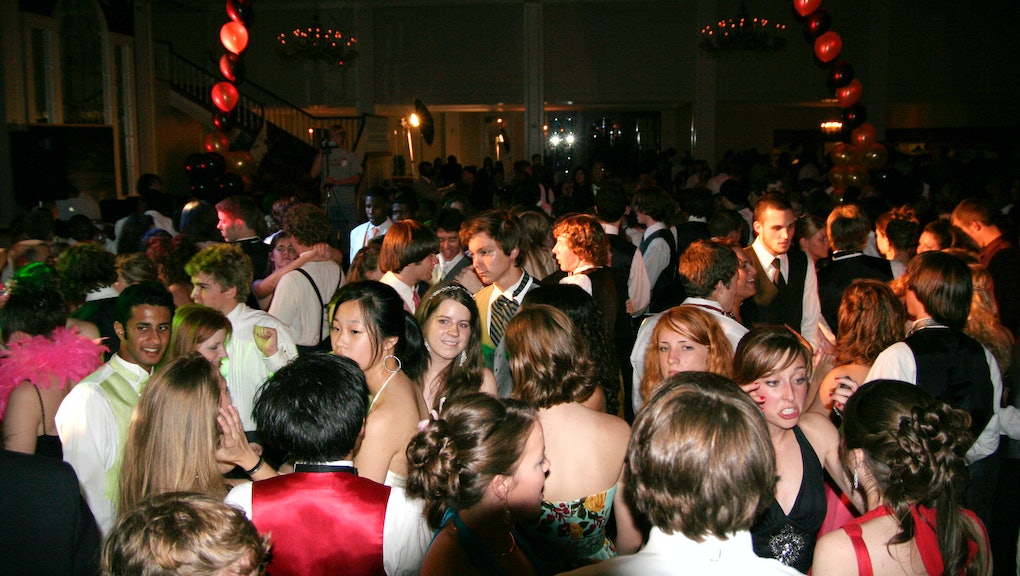 Whether it's in a John Hughes movie or The Lion King, it's a pretty common sentiment: People really want to be king. And that goes doubly for Ash Whitaker, the Wisconsin teen who wants to be the prom king at Tremper High School in Kenosha, Wisconsin. However, according to Whitaker, the school's administration will not let him run, Kenosha News reports.

Whitaker is a junior at Tremper High. Whitaker did the volunteer hours necessary to apply for prom king, according to him and his mother Melissa Whitaker.

"My principal rejected that, saying I am not a boy," Ash Whitaker said to Kenosha News.

When his hopes of being prom king were dashed, he began an online petition. The petition has garnered over 4,700 signatures since it went live on Sunday. Dozens of students and supporters rallied in the administrative offices after school in support of Ash Whitaker.

"I've known him since before his transition and been with him through the transition,and I've been with him for all of it as he's been fighting to do this," Alyssa Raetzman, who organized the rally, said to Kenosha News. "It's just completely unfair and disgusting how our school system is acting about this. We are asking for answers and they not giving them to us, and that's why we're here."

According to Whitaker, he is allowed to run for prom court, but only if he runs for queen.

"They said he has to go as female because (his gender) has not been legally or medically changed," Melissa Whitaker, who is also a teacher at the school, said to Kenosha News.

Kenosha Unified School District spokeswoman Tanya Ruder said to Kenosha News that the district is taking Whitaker's complaint "very seriously" and that they will be investigating how to move forward.

But the discrimination doesn't end on the prom court: Ash Whitaker claims he has faced obstacles using the boys' bathrooms at school and that security officers follow him when he walks toward the restroom. Whitaker claims they "threatened [him] with disciplinary action" including detention and police action for attempting to go to the bathroom.

"They offered the female restroom or the staff bathroom which is buried in the main office, but is nowhere near any of my classes," Ash Whitaker said to FreshU in an email. "It could take up to 15 minutes just to go and use the restroom and come back."

Whitaker also said to FreshU, "They tell me they are following procedure, but there was no procedure for my 'situation.' They are now creating a policy, but it will be based off of their own bias if I do not intervene in any way I can."