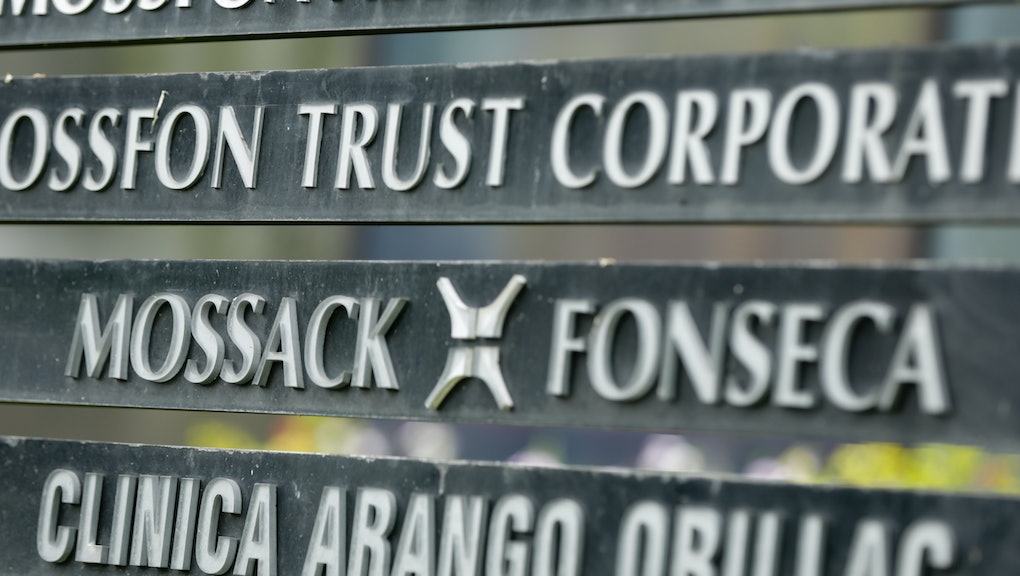 The Panama Papers May Have Come From a Hack, Not a Leak

Right now, the world is in the midst of repercussions of the largest leak in history: the Panama Papers, a treasure trove of information about how the world's wealthy elites hide their money away from taxation, leaked by a do-gooder who couldn't stand to see corruption go unchecked.

"The source wanted neither financial compensation nor anything else in return, apart from a few security measures," reported Süddeutsche Zeitung, the paper that initially released the papers.

But Mossack Fonseca, the firm at the center of the documents, is calling foul. They say that the leaker wasn't an insider, but an outside hacker.

"We rule out an inside job. This is not a leak. This is a hack," founding partner Roman Fonseca told Reuters. "We have a theory and we are following it."

This could feed the notion that the leaker wasn't some insider with a conscience, but possibly a foreign entity. Some suspect the U.S. government is the culprit, given the lack of Americans in the ledger of guilty parties exposed by the hack.

But the idea that Mossack Fonseca was hacked also inspires the question: Who could be the next potential target?

What's next? If this is a hack by an outside party, it demonstrates that hacking can have major social and political power to generate scandal in the face of corruption. As cybersecurity mogul John McAfee wrote in a column Tuesday, the legal world is rife with potential targets.

"Mossack is the fourth-largest 'offshore' legal firm in the world," McAfee wrote. "Where do you think the hackers are headed next?"

Before we celebrate the idea of further leaks that expose corruption in finance or government, remember that this kind of hacking is most definitely still a crime. Mossack Fonseca wants everyone to remember it too, and have a little more sympathy.

"We are amazed that nobody has said, 'Hey, a crime has been committed here,'" Fonseca told Reuters, the BBC reported.

To be fair, people are definitely saying there's criminal activity here. But it's not the hack they're talking about.